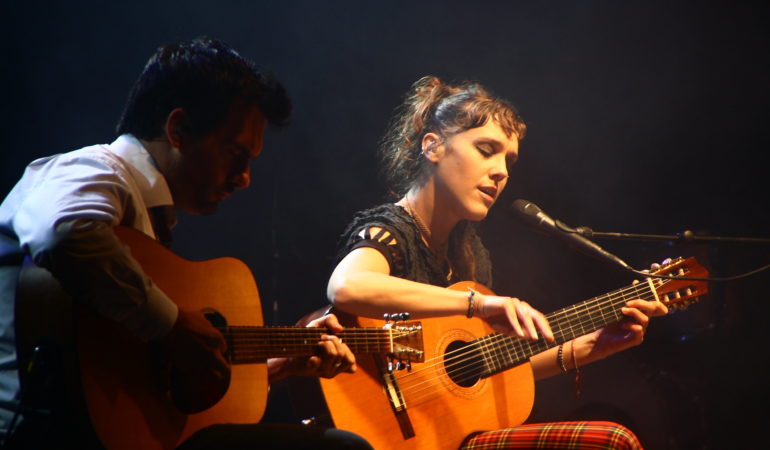 Welcome to Mystery Lyrics. Unfortunately I still have problems with the comment function on the new page, so we’re playing the old fashioned way again … I’m sure there will be no complaints.

I must admit that I’m not overly fond of French music. There’s something about the language that get’s my back up. In spite of this confession however, I’m going to present a French song this month…

Todays artist is a young woman who has taken the German, French and Belgian market by storm singing … JAZZ. Her husky voice is sometimes reminiscent of Edith Piaf, but her music is very much different.

Her debut album was one of Amazon Germanys best sellers in 2011, second only to Adele’s 21… A tour through the country was immensely successful

In May 2010, French magazine Telerama announced: “Rumor has swelled in recent weeks: (she) is a sacred voice, and she will be the revelation of the summer!”. On 10 May 2010, she released her first album. It contains songs she wrote (“Trop sensible”) and co-composed (“Les passants”, “Le long de la route”, “Prends garde à ta langue”, “J’aime à nouveau”, “Ni oui ni non”). Kerredine Soltani produced the album on the label “Play On”, and wrote and composed the hit single, the lyrics from which are featured below…:

She has not been featured before.