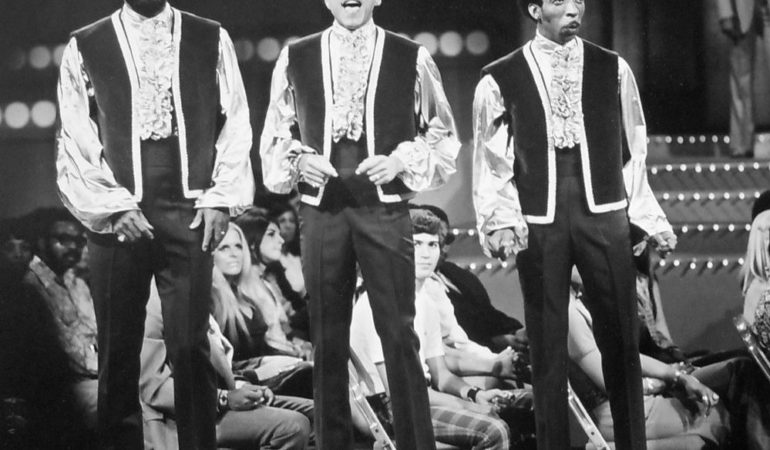 End of 2018 I asked the members of the My Music Movement Facebook page for their favourite Motown Acts from a list of 28 artists. To get the end results, I put the acts into six groups, and, presenting one group at a time, members were asked to vote one act out of the competition that they liked the least. The winner of each group went in to the final, where voting was carried out in the same way, voting one out every day, until only one act was left. This was then crowned the winner.

Here then, are the results…

Diana’s solo career was launched in 1970 after leaving the Supremes. 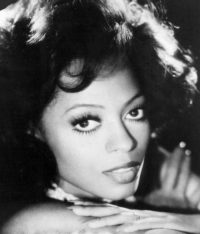 The discography of American singer Diana Ross, the former lead singer of The Supremes, consists of 25 studio albums and 114 singles. 27 of her singles reached the Billboard top 40 in the US, 12 of them the Billboard top 10, and six of those reaching number one, placing her in a tie for fifth among the top female solo performers who have reached the top spot there. In the UK, she amassed a total of 47 top 40 singles with 20 of them reaching the top 10 and two of those reaching number one. In the US, 17 albums reached the Billboard top 40, four of those the top 10, and one album topping the chart. In the UK, 26 albums reached the top 40, eight of those the top 10, and one album topping the chart. Ross had a top 10 UK hit in every one of the last five decades, and sang lead on a top 75 hit single at least once every year from 1964 to 1996 in the UK, a period of 33 consecutive years and a record for any performer. As of 2016 she continues to collect gold and silver awards for UK sales of her many greatest hits compilation albums.
[source | license]

In 4th Place: The Jackson Five 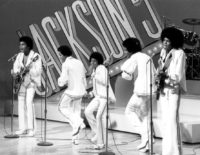 The Jackson 5 (later known as The Jacksons) are an American pop band composed of members of the Jackson family. The group was founded in 1964 in Gary, Indiana by brothers Jackie, Tito, and Jermaine Jackson, with younger brothers Marlon and Michael joining soon after. They performed in talent shows and clubs on the Chitlin’ Circuit, then signed with Steeltown Records in 1967 and released two singles.

The Jackson 5 have sold more than 100 million records worldwide making them one of the best-selling bands of all time.[4] They were inducted to the Rock and Roll Hall of Fame in 1997 and the Vocal Group Hall of Fame in 1999. They were among the first black American performers to attain a crossover following, preceded by the Supremes, the Four Tops, and the Temptations. The Jackson 5 were also the first group to debut with four consecutive number one hits on the Hot 100 with the songs “I Want You Back”, “ABC”, “The Love You Save”, and “I’ll Be There”.
[ Source| license] 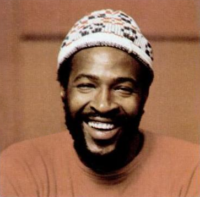 American music artist Marvin Gaye released 25 studio albums, 4 live albums, 1 soundtrack album, 24 compilation albums and 83 singles. In 1961 Gaye signed a recording contract with Tamla Records, owned by Motown. The first release under the label was The Soulful Moods of Marvin Gaye. Gaye’s first album to chart was a duet album with Mary Wells titled Together, peaking at number forty-two on the Billboard pop album chart. His 1965 album, Moods of Marvin Gaye, became his first album to reach the top ten of the R&B album charts and spawned four hit singles. Gaye recorded more than thirty hit singles for Motown throughout the 1960s, becoming established as “the Prince of Motown”. Gaye topped the charts in 1968 with his rendition of “I Heard It Through the Grapevine”, while his 1969 album, M.P.G., became his first number one R&B album. Gaye’s landmark album, 1971’s What’s Going On became the first album by a solo artist to launch three top ten singles, including the title track. His 1973 single, “Let’s Get It On”, topped the charts while its subsequent album reached number two on the charts becoming his most successful Motown album to date. In 1982, after 21 years with Motown, Gaye signed with Columbia Records and issued Midnight Love, which included his most successful single to date, “Sexual Healing”. Following his death in 1984, three albums were released posthumously while some of Gaye’s landmark works were re-issued.

The Runner-Up: The Temptations

The Temptations are an American vocal group who released a series of successful singles and albums with Motown Records during the 1960s and 1970s. Their work with producer Norman Whitfield, beginning with the Top 10 hit single “Cloud Nine” in October 1968, pioneered psychedelic soul, and was significant in the evolution of R&B and soul music. The band members are known for their choreography, distinct harmonies, and dress style. Having sold tens of millions of albums, the Temptations are among the most successful groups in popular music.

Featuring five male vocalists and dancers (save for brief periods with fewer or more members), the group formed in 1960 in Detroit, Michigan under the name The Elgins. The founding members came from two rival Detroit vocal groups: Otis Williams, Elbridge “Al” Bryant, and Melvin Franklin of Otis Williams & the Distants, and Eddie Kendricks and Paul Williams of the Primes. In 1964, Bryant was replaced by David Ruffin, who was the lead vocalist on a number of the group’s biggest hits, including “My Girl” (1964), “Ain’t Too Proud to Beg” (1966), and “I Wish It Would Rain” (1967). Ruffin was replaced in 1968 by Dennis Edwards, with whom the group continued to record hit records such as “Cloud Nine” (1969) and “Ball of Confusion (That’s What the World Is Today)” (1970). The group’s lineup has changed frequently since the departures of Kendricks and Paul Williams from the act in 1971. Later members of the group have included singers such as Richard Street, Damon Harris, Ron Tyson, and Ali-Ollie Woodson, with whom the group scored a late-period hit in 1984 with “Treat Her Like a Lady”.

Over the course of their career, the Temptations released four Billboard Hot 100 number-one singles and fourteen R&B number-one singles. Their music has earned three Grammy Awards. The Temptations were the first Motown recording act to win a Grammy Award – for “Cloud Nine” in 1969[5] – and in 2013 received the Grammy Lifetime Achievement Award. Six of the Temptations (Edwards, Franklin, Kendricks, Ruffin, Otis Williams and Paul Williams) were inducted into the Rock and Roll Hall of Fame in 1989. Three classic Temptations songs, “My Girl”, “Just My Imagination (Running Away with Me)”, and “Papa Was a Rollin’ Stone”, are among The Rock and Roll Hall of Fame’s 500 Songs that Shaped Rock and Roll. The Temptations were ranked at number 68 on Rolling Stone magazine’s list of the 100 Greatest Artists of all time.

The winner of The Music Movement Awards in the Category Motown: The Miracles 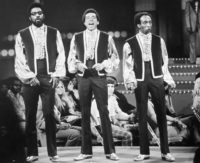 The Miracles (also known as Smokey Robinson and the Miracles from 1965 to 1972) were an American rhythm and blues vocal group that was the first successful recording act for Berry Gordy’s Motown Records, and one of the most important and influential groups in pop, rock and roll, and R&B music history. Formed in 1955 by Smokey Robinson, Warren “Pete” Moore, and Ronnie White, the group started off as the Five Chimes, changing their name to the Matadors two years later. The group then settled on the Miracles after the inclusion of Claudette Robinson in 1958. The most notable Miracles line-up included the Robinsons, Moore, White, Bobby Rogers and Marv Tarplin. After a failed audition with Brunswick Records, the group began working with songwriter Berry Gordy, who helped to produce their first records for the End and Chess labels before establishing Tamla Records in 1959 and signing the Miracles as its first act. The group eventually scored the label’s first million-selling hit record with the 1960 Grammy Hall of Fame smash, “Shop Around”, and further established themselves as one of Motown’s top acts with the hit singles “You’ve Really Got a Hold on Me”, “What’s So Good About Goodbye”, “Way Over There”, “I’ll Try Something New”, “Mickey’s Monkey”, “Going to a Go-Go”, “(Come ‘Round Here) I’m the One You Need”, “Just A Mirage”, “If You Can Want”, “More Love”, “I Don’t Blame You at All”, “Ooo Baby Baby”, The multi-award-winning “The Tracks of My Tears”, “Special Occasion”, “I Second That Emotion”, “Baby Baby Don’t Cry”, the number-one Pop smashes “The Tears of a Clown” and “Love Machine”, “Do It Baby”, and “My Girl Has Gone”, among numerous other hits.

Referred to as Motown’s “soul supergroup”, the Miracles recorded 26 Top 40 Pop hits, sixteen of which reached the Billboard Top 20, seven top 10 singles, and a number one single (“The Tears of a Clown”) while the Robinsons and Tarplin were members. Following the departure of Tarplin and the Robinsons, the rest of the group continued with singer Billy Griffin and managed by Martin Pichinson who helped rebuild the Miracles, they scored two final top 20 singles, “Do It Baby” and “Love Machine”, a second No. 1 hit, which topped the charts before the group departed for Columbia Records in 1977, recording as a quintet with Billy’s brother Donald Griffin replacing Marv Tarplin, where after a few releases, they disbanded in 1978. In all, the group had over fifty charted hits by the time they disbanded. On the R&B charts, the Miracles scored 26 Top 10 Billboard R&B hits, with 4 R&B No. 1’s, and 11 U.S. R&B Top 10 Albums, including 2-No.1’s. Bobby Rogers and Ronald White revived the group as a touring ensemble sporadically during the 1980s and again in the 1990s with lead singer Sydney Justin. Following White’s death in 1995, Rogers continued to tour with different members until he was forced into retirement due to health issues in 2011, dying less than two years later.

The Miracles have been awarded many top music industry honors over the years. In 1997, the group received the Pioneer Award at the Rhythm and Blues Foundation for their musical achievements. Four years later, in 2001, they were inducted to the Vocal Group Hall of Fame. In 2004, they were ranked No. 32 on the Rolling Stone magazine’s list of The 100 Greatest Artists of All Time, retaining that same position seven years later, in 2011. Four of their hit songs were inducted into the Grammy Hall of Fame (The most of any Motown group). In 2009, the group received a star on the Hollywood Walk of Fame. Throughout their careers, the Miracles were also enshrined with honors for their songwriting by both BMI and ASCAP. In 2008, Billboard listed them at No. 61 on their 100 most successful Billboard artists ever list. After much controversy, the Miracles were inducted to the Rock and Roll Hall of Fame in 2012.
[Source | license]

Do you agree with these rankings? What would you have differently? please feel free to comment below