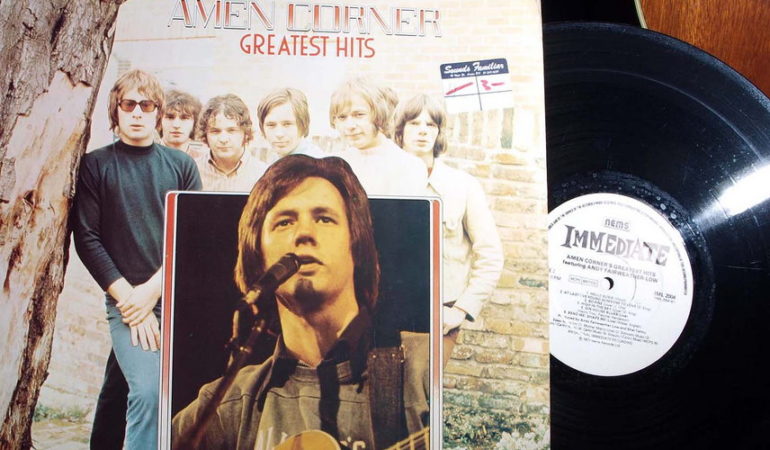 The Mystery Lyrics presentation for Wed. March 12th was Amen Corner with a song from 1969 that was a chart hit in the UK, peaking at number one, but failed to make an impression at all on the Americans Charts.

This was the clue set by Sunset Cowboy
Todays Mystery Band were a successful Welsh rock group, formed in late 1966 in Cardiff, Wales. Initially they specialised in a blues and jazz-oriented style, but were steered by their record labels towards a more commercial sound. Their first singles and album appeared on Decca’s subsidiary label, Deram but they left at the end of 1968 to join Immediate, where they were instantly rewarded with a No. 1 (todays song) in early 1969, followed by another Top 5 entry with the Roy Wood composition, “Hello Susie”. They also had a hit with “Bend Me Shape Me” which got to number 3 in 1968. (from Wikipedia)

Lead singer Andy Fairweather-Lowe went on to have a very successful career as a solo artist in the seventies (Wide Eyed and Legless), and is still on the circuit today, performing all over Europe.

The Mystery Lyrics was

A look from your eyes, a touch of your hand and I seem to fly to some other land