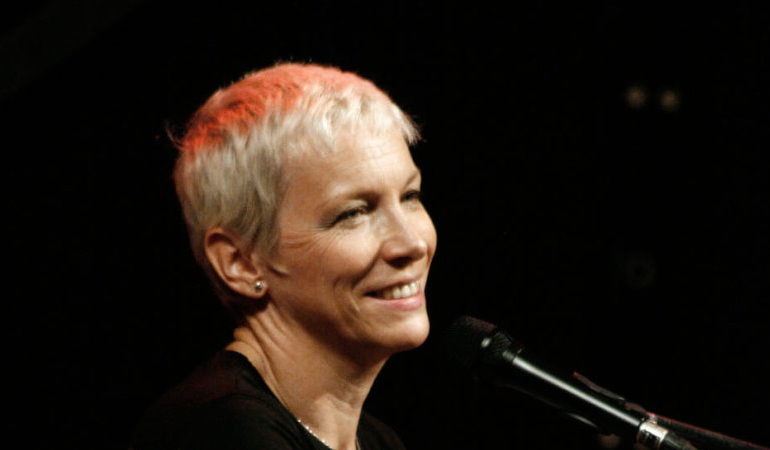 Memphis in June by Annie Lennox is an interpretation of a jazz standard by Hoagy Carmichael. It features on her Nostalgia album from 2014, which is a collection of Jazz, Blues and Soul classics as interpreted by Annie.

This is what happens, when one half of a famous pop duo sits herself down, chooses her favourite soul, blues and jazz standards, and records them on an album. I would think that the risk in recording such an LP is considerable, but in this case, it has paid off. I heard this album for the first time last week by coincidence on Spotify, and must admit that it is magnificent for start to finish. And not really one of my favourite artists until now, but things could change.

The song was presented on Mystery Lyrics on August 29th 2017.

Oh my! My kind of song done by Annie Lennox. I must look into this ASAP! It’s Memphis In June and I can’t tell you how much Hoagy Carmichael has meant to me since I was a mere child. I must see what other musical lions she has on that CD.

She is a Scottish singer, songwriter, political activist and philanthropist. She was born on Christmas Day 1954 in Summerfield Maternity hospital, Aberdeen, the daughter of Dorothy (née Ferguson) and Thomas Allison….

Her biggest hits were with Dave Stewart as part of a pop duo that won eight Brit Awards, including Best British Female Artist six times. They include songs such as Sweet Dreams (Are Made of This), There Must Be an Angel, or Love Is A Stranger

Bishop Desmond Tutu said this of her “She is one of those exemplary human beings who chose to put her success in her chosen career to work in order to benefit others.”

Extraordinarily, she has never been featured on Mystery Lyrics as a solo artist. As part of the aforementioned duo, on the other hand, several times.

Annie Lennox with Memphis in June. Now I’m going to have to check out that cd. She’s got quite the voice and I also felt she didn’t always pick the best songs to display that talent.

In this song, Annie definately shows what she is capable of. If you’re only familiar with the singer as a part of the Eurythmics, then you don’t realise what you are missing. This is a superb interpretation, full of warmth and feeling – sentiments that are missing in the original by Hoagy Carmichael. Jazz buffs may disagree with me (and that is their pregogrative of course) but this version far surpasses the original.

Warmth and feeling are the central theme of this album, conveying the title “Nostalgia” perfectly. This is music, through and through. Well done Annie. I must admit, I didn’t know you had it in you!

The video contains the whole concert, starting off with todays Music Choice