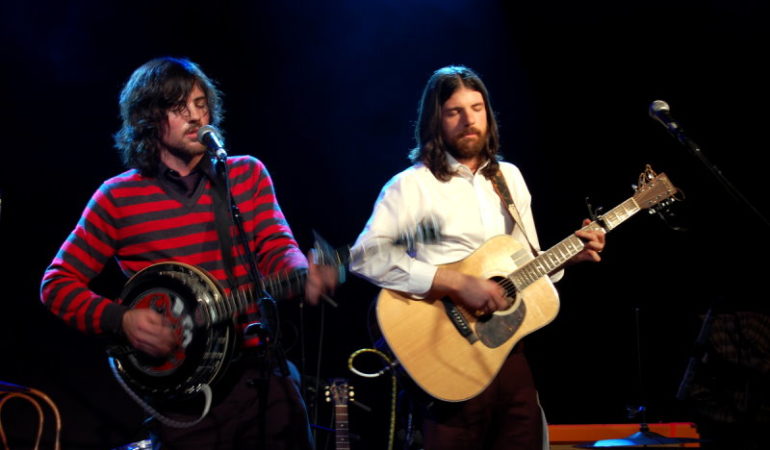 Good evening! I am a huge fan of tonights group, named for the two siblings who front the band.

Hailing from Concord, North Carolina and consisting of Banjo, guitar, double bass, and cello, and currently, they also have 3 additional musicians touring with them – a drummer, violinist and keyboardist. To box them simply as an “Alt Country” band, doesn’t begin to describe them. They blend Bluegrass, Country, Punk, Folk, Rock and Roll, Honky tonk and Ragtime to produce their unique style, which was described by the San Francisco Chronicle as having the “heavy sadness of Townes Van Zandt, the light pop concision of Buddy Holly, the tuneful jangle of The Beatles, and the raw energy of The Ramones. They’re one of the rare bands that of their 8 full length albums, I haven’t heard a song yet, that I don’t like.

The group got their start in a Greenville, NC rock band, called Nemo. In looking for an outlet for their musical ideas, they began getting together with like-minded friends on Tuesdays for acoustic guitar pulls, where they’d share a few drinks, and swap songs. While they were still with Nemo, they were beginning to form their own band, and released their first EP in 2000, a self titled offering, and their first full length album “Country was” in 2002.

Tonights haunting song is from their 2012 album “The Carpenter”.

A million colors fill my eyes, The roman candles and the stars