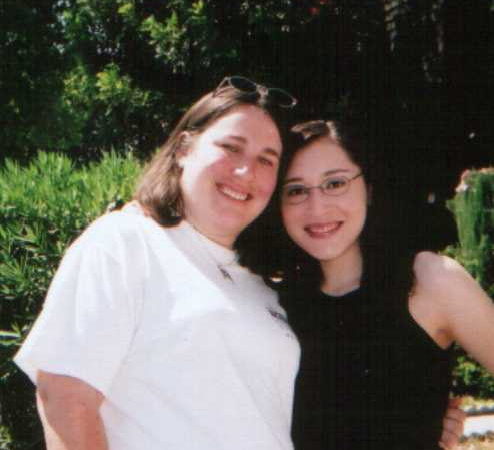 I have been a roomie since the fall of 1999 my senior year in high school. I first got AOL to help me with homework; I had no clue about chatrooms or IM’s LOL. One day I peaked at the chatoom listings and saw a room for music oldies. I thought I love oldies so I poked my head in the door real quick to see what was going on. I didn’t say anything and was about to click out when a roomie named CURSE2TRAVEL or something like that said Hi and everybody else bombarded me.

We then got into trivia and I was hooked.

My name is Hope and I live in Los Angeles, California. I am a huge Disney fan and Beatles fan and I love to spend time with my friends. I like big band, Dixie Land, Cool Jazz, Standards, Rock and Roll, Girl Groups, Doo-Wop, Bubblegum, Folk, British Invasion, Classic Rock, Disco, Pop, New wave and some classical. My favorite decades are the 50s and 60s and of course I love the Beatles and I love Ella Fitzgerald.

I was fortunate enough to meet some of the roomies at ROC’s Pre-BBQ bash in 2004, I met some of the local roomies in 2005 when Carpenter26 was In town and I finally got to meet EDNA when REVVY took us to Universal In Hollywood. It’s just a shame that there is never enough time to spend with everyone. I was a constant roomie from 1999 until I started college in the summer of 2000. After that I made fewer and fewer visits cause my schedule was so hectic. I have really great memories of the earlier group of roomies who came in the room when i was a regular in early 2000.I remember PLESLUVME4EVER, HUMPTDUMPT, DITDAT, EDNA, ECHO, REVVY, RACE, UNCOLA, BASS,PUPP, DOOWOPPETE, REMO. ORANGEK, SCOTTHIK, LILVETTE, RVB, TORCH,RED,DAD, THETWINS, CARPENTER and of course AIDY. They made It a fun atmosphere and so hard to get anything else done around here. LOL. I really used to look forward to the music trivia. It was so much fun for me to match up against these people who grew up listening to this music. I remember that a few times the room regulars couldn’t believe I was so young because I knew too much about the oldies.

I am really lucky to have met REVVY and EDNA, as well as some of the other regulars who have always managed to brighten my day with some funny retort.