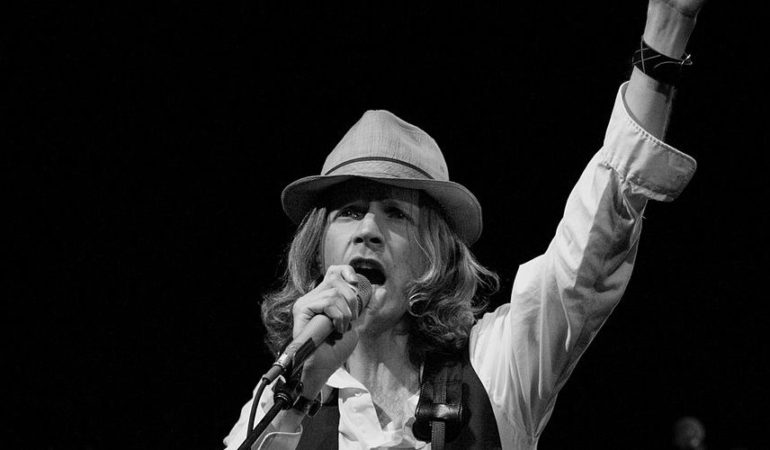 Every once in awhile, a perfect “Sunday Afternoon Song” comes along, and sometimes from an unlikely source.

Today’s artist is an American musician, singer-songwriter, and multi-instrumentalist. He rose to fame in the early 1990s with his lo-fi, sonically experimental style, and he became well known for creating musical collages of a wide range of styles. His later recordings encompass folk, funk, soul, hip hop, alternative rock, country, and psychedelia. He has released ten studio albums, as well as several non-album singles and a book of sheet music.

Born in Los Angeles in 1970, he discovered hip hop and folk music in his teens and began to perform locally at coffeehouses and clubs. He moved to New York City in 1989 and became involved in the city’s small but intense anti-folk movement. After returning to his hometown in the early 1990s, he cut his breakthrough single, which became a worldwide hit in 1994. His 1996 release produced hit singles, topped critic polls, and won several awards. He released a stripped-down album in 1998, and a funk-infused album in 1999. The downcast, acoustic LP in 2002 showcased a more serious side, and 2005’s album returned to sample-based production. 2006 found him inspired by electro-funk and hip hop, and in 2008, likewise, by 1960s music. In February 2014, he released the album from which today’s song is culled.

With a pop art collage of musical styles, oblique and ironic lyrics, and postmodern arrangements incorporating samples, drum machines, live instrumentation and sound effects, he has been hailed by critics and the public throughout his musical career as being amongst the most creative and idiosyncratic musicians of 1990s and 2000s alternative rock. Two of his most popular and acclaimed recordings were ranked on Rolling Stone’s list of the 500 greatest albums of all time. The four-time platinum artist has collaborated with several artists and has made several contributions to soundtracks.

Hold, hold the light that fixes you in slumber