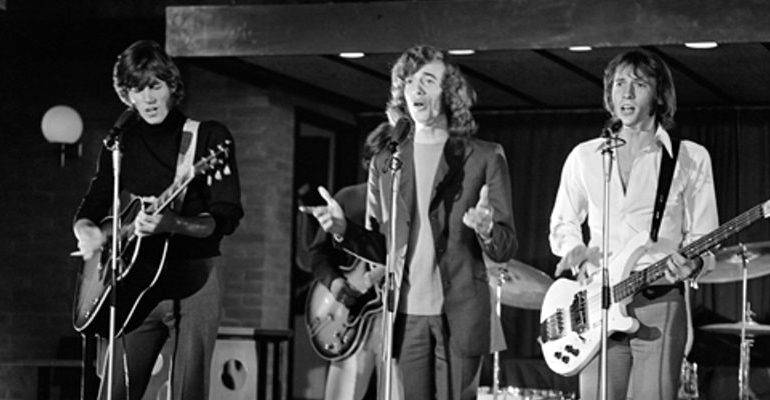 Today’s group were a pop music act that was founded in 1958. The group’s line-up consisted of three brothers. The trio were successful for most of their decades of recording music, but they had two distinct periods of exceptional success: as a rock act in the late 1960s and early 1970s, and as prominent performers of the disco music era in the late 1970s. The group sang recognisable three-part tight harmonies; They wrote all of their own hits, as well as writing and producing several major hits for other artists. (They are on my personal top ten list of all-time harmony acts).

Today’s song is from their sixth studio album, (1969) It was the group’s fourth album released internationally, and their only studio double LP. In the US it was released on Atco Records in a red flocked cover with a gold lettering to the group’s name and label symbol stamped in gold on the front and nothing but the flocking on the back. Due to the high cost of production, as well as allergic reactions among workers during assembly, this design was discontinued. It was also included in the soundtrack of the 1971 UK motion picture “Melody” (alternately known as S.W.A.L.K) . The song peaked at #37 in the US, #6 in the UK, #4 in Ireland & #3 in Germany. In 2005.

The apple tree that grew for you and me, I watched the apples falling one by one