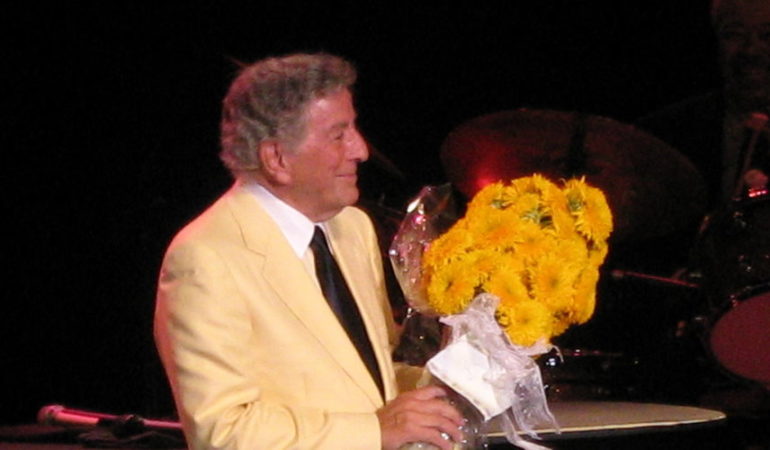 The Mystery Song is a country music and popular music song, written by Hank Williams. This blues ballad is both a classic of honky tonk and an entry in the Great American Songbook.

Williams first recorded and released the song in 1951, originally as the B-side (MGM-10904B) to “Dear John” (MGM-10904A). “Dear John” peaked at #8 after only a brief four-week run on Billboard magazine’s country music charts, but our song proved to be a favorite of disk jockeys and jukebox listeners, whose enthusiasm for the song catapulted it to #1 on the country music charts.

That same year, it was recorded in a pop version by Tony Bennett with a light orchestral arrangement from Percy Faith. This recording was released by Columbia Records as catalog number 39449. It first reached the Billboard magazine charts on July 20, 1951 and lasted 27 weeks on the chart, peaking at #1.

The popularity of Bennett’s version has been credited with helping to expose both Williams and country music to a wider national audience. Allmusic writer Bill Janovitz discusses this unlikely combination:

“That a young Italian singing waiter from Queens could find common ground with a country singer from Alabama’s backwoods is testament both to Williams’ skills as a writer and to Bennett’s imagination and artist’s ear.”

Williams subsequently telephoned Bennett to say, “Tony, why did you ruin my song?” But that was a prank – in fact, Williams liked Bennett’s version and played it on jukeboxes whenever he could. In his autobiography The Good Life, Bennett described playing the song at the Grand Ole Opry later in the 1950s. He had brought his usual arrangement charts to give to the house musicians who would be backing him, but their instrumentation was different and they declined the charts. “You sing and we’ll follow you,” they said, and Bennett says they did so beautifully, once again recreating an unlikely artistic merger.

There was a time when I believed that you belonged to me, but now I know your heart is shackled to a memory