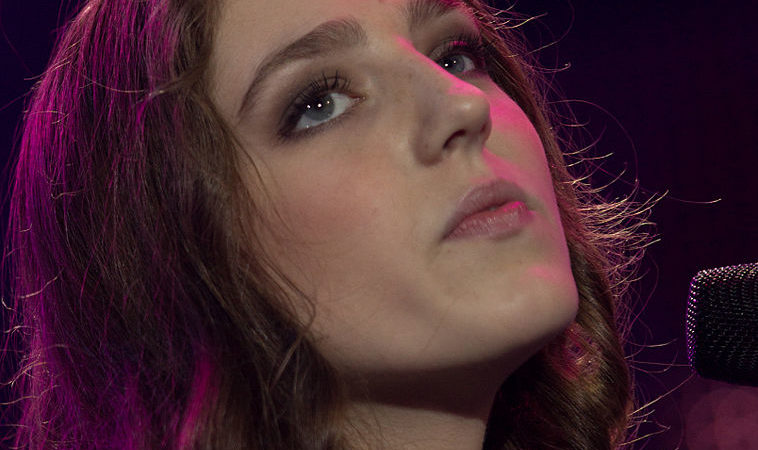 The clue was:
After all the hype surrounding the antics of a certain Miss Cyrus, it is comforting to know that there is real talent on this music planet. 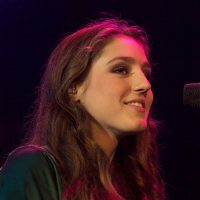 Today’s Artist (born 15 May 1996), commonly known by her stage name, is an English musician, songwriter and singer. She won the music competition Open Mic UK in 2008, at the age of 12. Her debut single, a version of Bon Iver’s “Skinny Love”, was her breakthrough, charting all across Europe and being certified six times platinum in Australia. Her self-titled debut album was released on 7 November 2011 to similar success, peaking at number 1 in Australia, Belgium and the Netherlands. Her second studio album Fire Within was released 23 September 2013 in the UK and other surrounding countries and is scheduled for release in the USA in 2014.

Today’s choice of song is her current single, which was released in Europe in August 2013, reaching No. 1 in Ireland, and charting in several other European countries including the UK and Germany as well as in Australasia. She is immensely popular this side of the Atlantic. 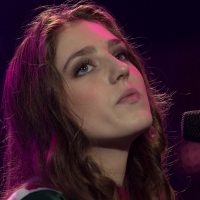 Whereas Mavourneen was first in with the correct answer, but no further comment, Scott commented on her way of delivering the song “Zunge und Lippen” (Tongue and lips).

Cheryl took me to task for my sarcastic remarks on Miley Cyrus, saying that Miley was still trying to find herself, but not in a manner that “we adults” approve of. She further pointed out that she has seen various interviews with her, and she is neither stupid or untalented, but rather fairly shy and a little awkward. Wrecking Ball is a song worth listening to, she said, and it might sway my thinking.

Now, apart from the fact that I didn’t really make any direct comments on her ability as a singer, I do find Wrecking Ball actually quite pleasant.

It was her antics I was having a poke at. Like it or not Miley Cyrus is a role model for thousands of teenies and kiddies, and she is not setting a good example. Hannah Montana was kind of unique at

least, Miley Cyrus is not. With her latest venture she sounds very much like other female singers in the Katy Perry, Britney Spears, Alicia Keys, Kelly Clarkson category. If I didn’t know who sang the song, I could guess at any of the aforementioned.

Its a very different story with Birdy, whose brittle voice is recognisable for ten miles against the wind. And that is what I mean with “real talent”. Birdy has developed her own unique style of singing, and she is still only 17. If she continues to develop in the right direction, then we have something to look forward to!

Sev cooes, “Birdy‘s a cutie and she sure can sing”. And that sort of sums it up