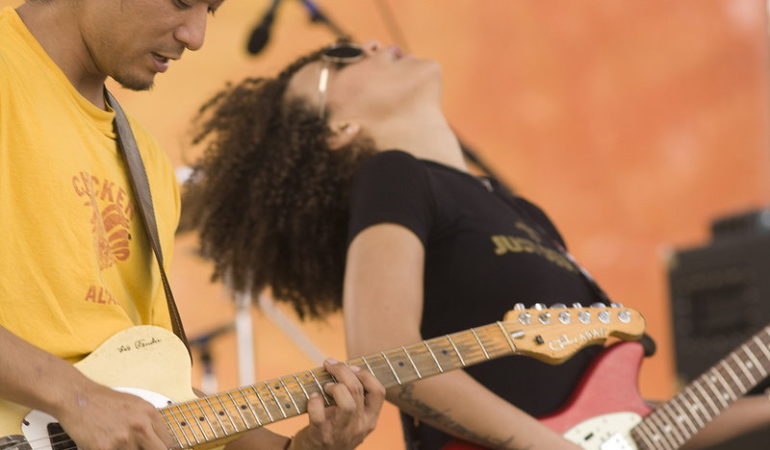 With her endlessly soulful voice, richly emotional songwriting, and undeniable style, Mia Borders embodies the spirit of her hometown, New Orleans, Louisiana. She is heralded locally and nationally as one of New Orleans’ best talents. The Times-Picayune described her as “confident and cool,” while USA Today characterized both Borders and her music as “deeply funky.” 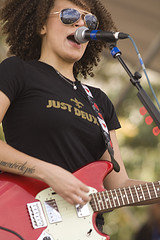 After entering the professional music scene in 2006, Borders has released music every year since. Her impressive catalogue features two EPs, five LPs, and one live album. Her newest release, 2013’s “Quarter-Life Crisis” was recorded at Dockside Studio in Maurice, LA. Engineered by Warren Riker and produced by Anders Osborne, the album showcases Borders’ edgier side in a collection of her most personal songs to date. Offbeat Magazine called it “a record of great music and great intensity.”

With further touring ahead and more new music expected in 2014, Mia Borders shows no signs of slowing down. (Source: Mia Borders Website – Bio)

Mia Borders was presented by Cheryl on October 5th 2014