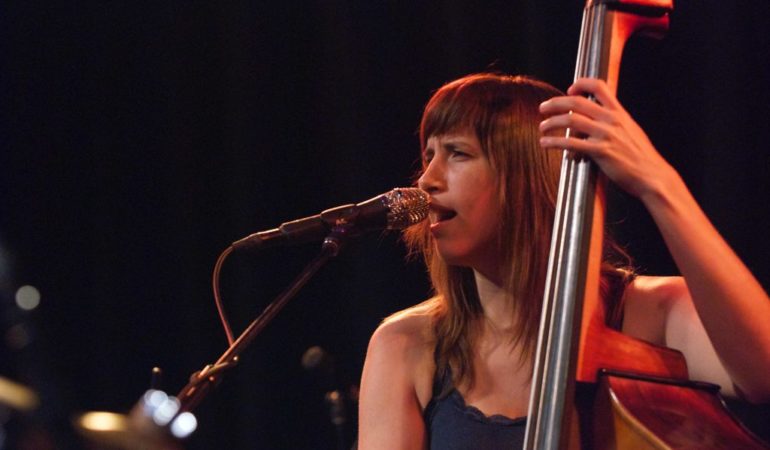 This week on the turntable is the new album from Bridget Kearney, who promises not to let us down. Bridget is probably better known to most of us as bassist with the soul-pop combo Lake Street Dive, where she tends to stay more in the background. Now she has decided to move into the limelight and has released her first solo LP. The result is a well produced record that is influenced by sixties and seventies soul but with an up-to-date freshness that is really pleasing. Bridget has not let us down…

Bridget’s voice, however, is not one for the masses, this has to be said. It has too many idiocyncracies that make it a specialist or an aquired taste. But I, for one, like it. 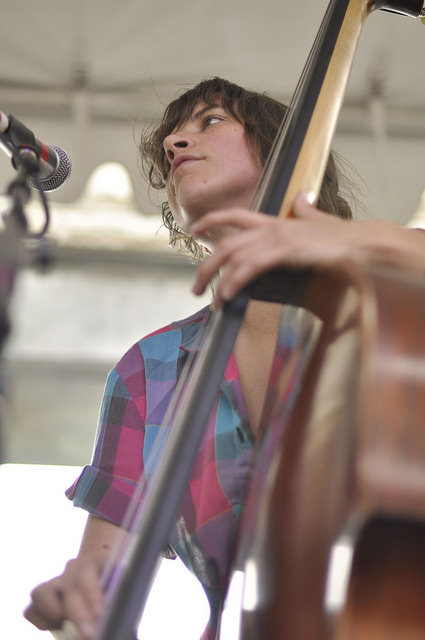 The title track starts the album and is a fast number to get things moving. What Happened Today is not quite as quick but has a nice souly beat. Who Are We Kidding is a slow ballad full of yearning and longing.

The first video released from the album is Wash Up, and this is Fleetwood Mac 2.0. The instrumental entry reminds us immediately of the band, but when Bridget joins in we realise that her voice has nothing in common with Stevie Nicks’, which gives the song its own note and independence, and we know that Bridget Kearney is singing. I’m not kean on the video though to be honest. All the sweat from the running is too masculine, and its only a small consolation that LSDs very own Rachael Price is running and cycling around in the background.

Let’s concentrate on the music then…

Love Doctor reminds me of the parent band Lake Street Dive, and So Long is a ballad that LSD fans will recognise at once, as it is taken from their current LP “Side Pony”. I don’t want to go down the road of analysing which version is best, both singers are too different. whereas Rachael Price from LSD has a complete and polished voice, Bridget sounds brittle and shy, almost fragmentary; a raw diamond. Both versions are awseome, let’s leave it at that.

And while we’re on the subject of voices, Bridget doesn’t do herself a favour on Daniel. The high notes are too much, they sound strained and a little off tone, and we hear Bridget’s voice at its limit. For some perverse reason this almost adds to the charm of the song though.

But this is the only downer on the album, which is a successful production. Yes, I love it, and normally I would say that I look forward to hearing more, but I do hope that Bridget does not take a shine to her newfound freedom and turn her back on Lake Street Dive. Now that really would be a tragedy…

Recommended tracks:
What Happened Today, Who Are We Kidding, Wash Up, So Long