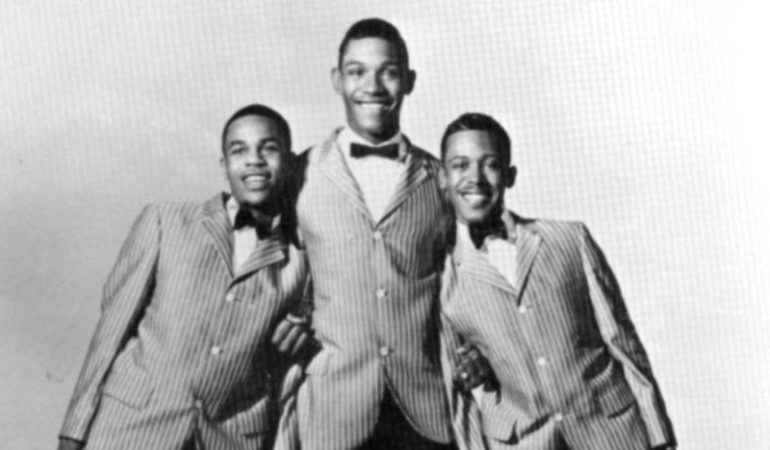 The Mystery R&B trio formed in 1962 with Samuel George as the lead vocalist and drummer, Don Storball (birth name: Don Norman) on backup vocals and guitar, and Richard Mitchell (birth name: Richard McDougall) on backup vocals and keyboard. After playing predominantly small gigs, they were discovered by former Ann Arbor radio DJ Ollie McLaughlin after performing at a local dance headlined by Barbara Lewis. After signing with the Karen record label, owned by McLaughlin, the group went on to record and release their first single in 1963, “Dog and Cat/The Kick”. The record displayed the upbeat energy of their later work, however the juvenile nature and lyrics of the song couldn’t find a substantial audience. In light of the disappointing performance of their debut single, the group dissolved and pursued other ventures.

The mid-1960s saw many dance crazes; one of the most popular ones was a dance which consisted of holding the arms out in different positions and making thrusting motions with the hips. Though controversial for lewdness at the time, a particularly sexual version of the dance had become popular in Detroit clubs.

Seeking to capitalize on the popularity of the dance, and dance songs in general, Storball wrote a song about the dance. Realizing that the song was a hit, the group re-formed and contacted McLaughlin in order to secure studio time to record the song.

The song was recorded at Golden World Studios in Detroit on March 14, 1966 with the legendary Motown house band The Funk Brothers. Though the song was meant to include a horn accompaniment, the contracted musicians failed to show up for the recording session and their parts were omitted from the track. The song was released on July 2, 1966 and was a smash hit, reaching as high as #7 on the Billboard Hot 100 and #2 on the Billboard R&B charts.

Though the group had a fairly short career and limited commercial success, their hit has stood the test of time. It has been used in many movie soundtracks, including More American Graffiti (1979), Night and the City (1992), Home Alone 2: Lost in New York (1992), and Calendar Girl (1993).

The song is still played in heavy rotation on oldies and soul stations across the world.