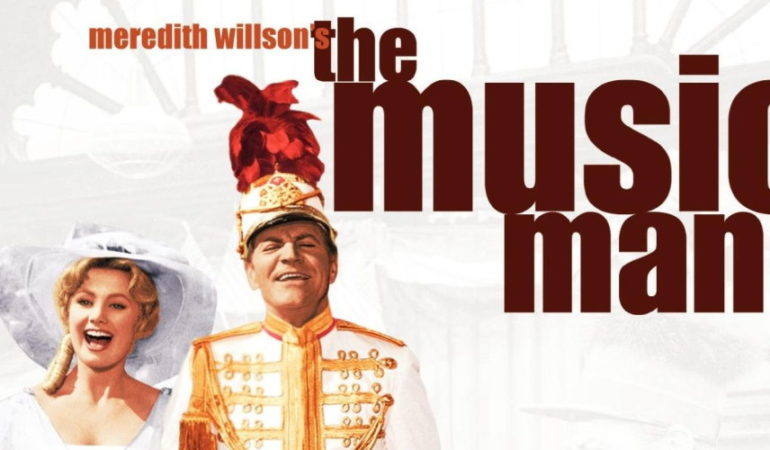 In 1957, today’s show became a hit on Broadway, winning five Tony Awards, including Best Musical, and running for 1,375 performances. The cast album won the first Grammy Award for “Best Original Cast Album” and was number one on the Billboard charts for 245 weeks. The show’s success led to revivals and a popular 1962 film adaptation and a 2003 television remake. It is frequently produced by both professional and amateur theater companies.

I love musicals! Probably runs in the family, as my mother is a big fan also. The first movie I ever remember seeing was My Fair Lady, which I attended with my mother and grandmother in tow, LOL My mother loved Robert Preston, the star of today’s musical, and it became a big hit in our house. My grandmother took me to see The Sound of Music, and my love of musicals was further cemented when my father took us kids to see Paint Your Wagon, and we would sometimes stay up late to watch oldies like On The Town.

My fondness for today’s song selection came from my grade school music teacher, Miss Hallacie, who included it in the spring music program we performed when I was in 5th grade. I’ve loved it ever since…Diana

A musical with book, music, and lyrics by Meredith Willson, based on a story by Willson and Franklin Lacey. The plot concerns con man Harold Hill, who poses as a boys’ band organizer and leader and sells band instruments and uniforms to the naive Iowa townsfolk, promising to train the members of the new band. But Harold is no musician and plans to skip town without giving any music lessons. Prim librarian and piano teacher Marian sees through him, but when Harold helps her younger brother overcome his lisp and social awkwardness, Marian begins to fall in love. Harold risks being caught to win her.

Today’s musical takes place in an Iowa town thought to have been inspired by Meredith Willson’s hometown of Mason City. For a bonus star, name Mason City’s place in Rock N Roll history.

Wells Fargo Wagon was presented by Diana on May 16th 2014