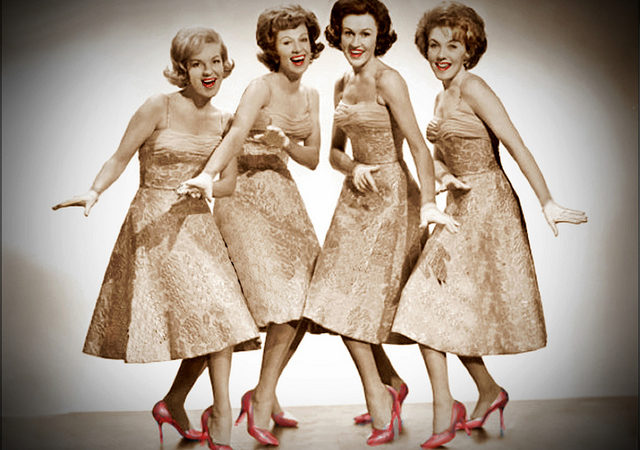 I’m sure when I started this theme I mentioned my favorite bird of all to you. Tonight’s song title is that bird.

The group were an American female popular singing quartet, usually singing a cappella, and specializing in traditional popular music. The group organized in Sheboygan, Wisconsin, in 1946. They appeared on American Bandstand on August 5, 1957, the first episode of that show to be broadcast nationally on the ABC Television Network. The group was inducted into the Vocal Group Hall of Fame in 2001.

“Too restless to settle, too wild to tame,”

The Chordettes – Hummingbird was presented by Cheryl on July 28th 2014
photo credit: Lammyman via photopin cc