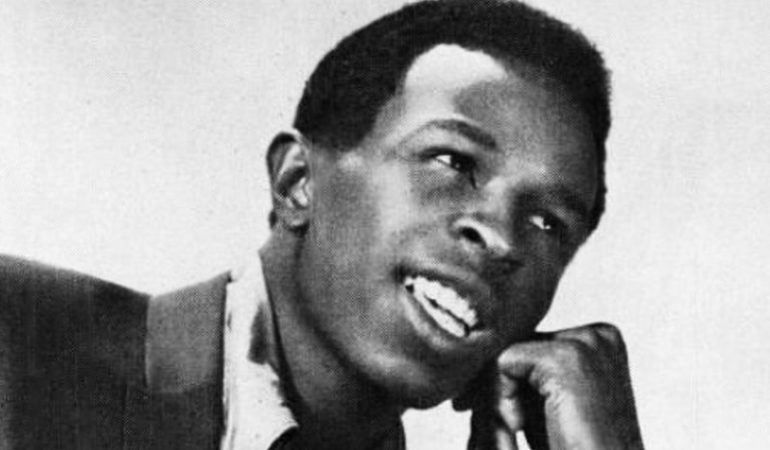 The Mystery Artist was born in McIntosh County, Georgia, U.S., and grew up in Atlanta. He first recorded in 1959 as the lead singer of a group. With this group, he released three singles in 1963 and 1964—”Poor Girl”, “I Believe”, and “Flossie Mae”—on the Atlanta based record label, National Recording Company.

In 1964, he moved to a new label (Baltimore’s Ru-Jac Records) and released “I’m a Lonely Stranger”. When Otis Redding heard this, he asked him to record a new version, which was released on Redding’s own fledgling label Jotis Records, as only its second release.He met Redding in 1967. Together they rewrote the Sam Cooke song “Yeah Man” into “Sweet Soul Music”, which, at Redding’s insistence, was released on the Atco-distributed label Fame Records, and was recorded at FAME studios in Muscle Shoals, Alabama. It proved to be a massive hit, going to the number two position on the U.S. charts and the Top Ten across much of Europe. “Sweet Soul Music” sold over one million copies, and was awarded a gold disc.

After several years of hits singles in the early 1970s, he relocated to England in 1975, and spent several years in Belgium, settling in Amsterdam (Netherlands) in spring 1977. At the beginning of 1980 he had some major performances as Lee Roberts and the Sweaters in the Ganzenhoef, Paradiso, De Melkweg and the Concertgebouw, and was highly successful. At the end of 1980 he moved to the Dutch village of Ruurlo legally changing his name to Lee Roberts—his middle name and his mother’s maiden name. He promoted new music via his Art-Con Productions company. Amongst the bands he promoted was the heavy metal band Shockwave from The Hague. A live performance on January 8, 1980, featuring Lee Roberts & the Sweaters, was released as an album entitled Soulin’ in 1988.

He died from intestinal cancer in Ruurlo, Netherlands aged 57 in November 2003. He was buried in Vorden

Jump up and down and you’re turnin’ around, you bend your knees half way down to the ground

Please rate the music, not the presentation. No registration needed, just a simple click on the number of stars you wish to give. If you want to rate and review, please scroll down to the comments section.