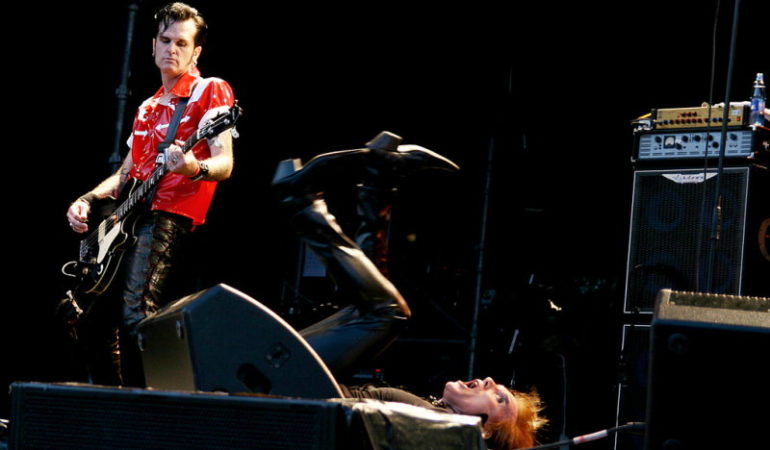 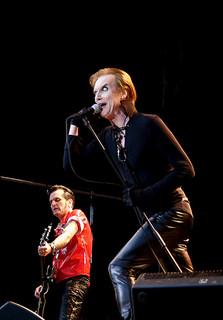 Conjuring a fiendish witches’ brew of primal rockabilly, grease-stained ’60s garage rock, vintage monster movies, perverse and glistening sex, and the detritus and effluvia of 50 years of American pop culture, this group is a truly American creation much in the manner of the Cadillac, the White Castle hamburger, the Fender Stratocaster, and Jayne Mansfield. Often imitated, but never with the same psychic resonance as the original, they celebrate all that is dirty and gaudy with a perverse joy that draws in listeners with its fleshy decadence, not unlike an enchanted gingerbread house on the Las Vegas strip. The entire psychobilly scene would be unthinkable without them, and their prescient celebration of the echoey menace of first-generation rock & roll had a primal (if little acknowledged) influence on the rockabilly revival and the later roots rock movement.
They are CBGB alumni, and tonights song is from their 1983 album The Smell of Female. (allmusic.com)

The Cramps – Surfin’ Dead was presented on October 30th 2014