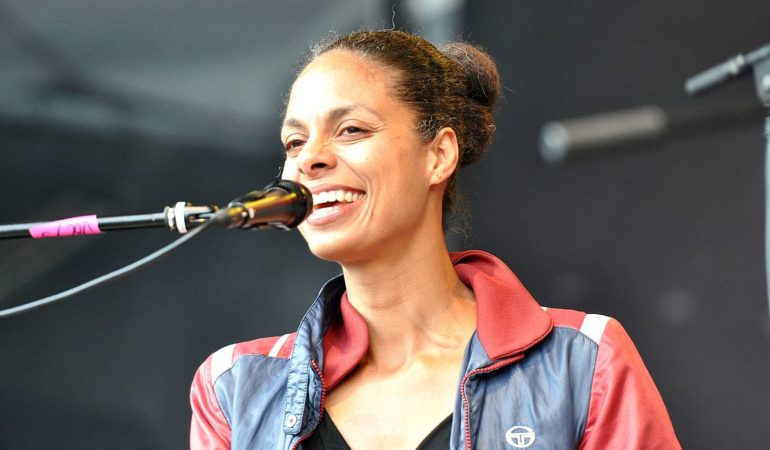 The Cultured Pearls song “Silverball” was presented on Mystery Lyrics on Tuesday August 1st, 2017. The clue was:

If moving to the European Continent has taught me one thing, it is that the privilege of making good music is not reserved for British and American musicians alone. There is, for example, some fine music being made all over Europe, and having lived there for decades, I can say that this is definately the case in Germany.

Today choice ranks as one of my current favourite German bands. They made some wonderful music at the end of the last century. Headed by Astrid North, with a voice every bit as smooth as Sade’s, but sweeter and at the same time more dynamic, the band had the ideal figurehead to present the wonderful songwriting talents of the trio (the other members being Bela Brauckmann and Tex Super (aka Peter Hinderthür)). The music is a mix of soul, rock, jazz and funk.

“Smiling wide and standing tall, her music sounds so sweet”

Cultured Pearls is a German band that play a mix of soul, rock jazz and funk

Founders Bela Brauckmann and Tex Super became friends in 1992 while studying at the College for Music and Theatre in Hamburg, Germany. Their taste for pop flavoured soul grooves was the main reason for the recording of first demos on an eight track mixer. Tex, who was actually a flute and trumpet player, played bass and Bela drums. A short time later Astrid North joined them as singer and texter. She had previously played in her school band “Colorful Dimension”

The group is Cultured Pearls, and the singer does have a Sadé like sound in songs like Just to Let You Know, damn sad song, but today your visual clue led me to Silverball, another good song.

The trio christened themselves “Cultured Pearls” and landed a major deal with WEA in 1995. At the end of the same year they released their debut album “Sing De La Sing” which was a mixture of funk, R&B and jazzpop. 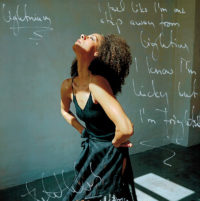 The LP reached # 92 in the German album charts. The single from the LP “Tic Toc” climbed to number 65 in the single charts, and along with a tour through the clubs as support for Big Light, they gained a cult following in the German scene.

Liquified Days was the first LP by the band to enter the Top Twenty, peaking at 20, and featured the band’s last hit in the single charts (Kissing The Sheets). Differences in opinion as to the musical direction of the band led to long break, during which the musicians pursued their own ideas.

I’ve heard them before with their song ‘Kissing the Sheets’. Not sure how that came to me, but I always liked it.

In 2001 Astrid North became a mother. Bela Brauckmann was at this time busy releasing a book teaching kids how to play the piano, while Tex Super amongst other things was writing scripts for TV plays, film soundtracks and the like. He also arranged music for artists such as Mousse T. and Tom Jones

Life On A Tuesday, produced by Jon Kelly (Chris Rea) was then released in 2002. however the sales of this album were also unsatisfactory – it reached only number 74 in the German Charts – and after the release of a best of album (Pearls Of A Decade) a year later, the band went on hiatus, but never officially split.Astrid North has since released two solo albums “North” (2012) and “Precious Ruby” in 2016. The latter was produced via Crowdfunding Platform Pledge Music, where she reached her financial goal within a few weeks. Apart from this she has kept herself busy with other solo projects.

Bela Brauckmann joined the reformed Rainbirds with Katharina Franck in 2014, who released an album “Yonder”, which was largely a remake of the band’s most well known songs wrapped up in an electronic garment.

Tex Super has since made a name for himself as a composer of film music for various German movie projects.

A Word On “Just To Let You Know”

As the subject was brought up in the answers, I decided to have a closer look at the song and its lyrics.

The subject the song deals with is most sad and tragic, as was pointed out. I am however not sure that the protagonist him or herself feels the sadness that the listener does, but more a feeling of relief that he or she is parting from this life. Which, of course, is typical of victims of depression.

today will be my last day, but why worry, belief is the land I’m travelling to

The lyrics to this song are most convincing. The protagonist is very carefully not to place the blame on the person he or she is talking to, but he or she is the one who is unworthy

As is so often the case though, the end of this life seems to be hope and an escape, rather than an end of things.

On the album itself the song flows over into the next song “Mr. Lonely”, which made me feel that there may be some connection between the two songs, that Mr. Lonely himself might be the victim. But the lyrics are, as far as I can see, inconclusive.

Click on “Show Comments” below the related posts section to review this Mystery Lyrics. Please don’t forget, you are reviewing the song, not the presentation itself. The author looks forward to your comments.