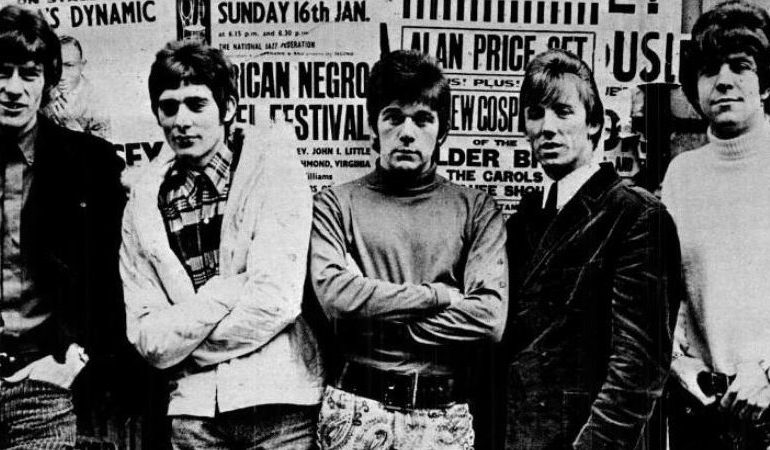 Presented on Thursday 13th March by Sev was Dave Dee, Dozy, Beaky, Mick and Tich singing The Legend of Xanadu

Today’s group was a British pop/rock group of the 1960s. Two of their single releases sold in excess of one million copies each, and they reached Number One in the UK with the second of them, “Today’s Tune”.

The vocalist (an ex-policeman), was at the scene of the motoring accident that took the life of the American rock and roller Eddie Cochran and injured Gene Vincent in April 1960.

The band were big sellers elsewhere in the world, particularly in British commonwealth countries. In New Zealand, the group had three number one hits, and 7 other songs reached the top 10. In Australia, they reached the Top Ten with four of their singles, and in Canada, the band scored two top ten hits.

They had 14 Top 40 singles in the UK however In the US, the group failed to break out nationally, although they had regional successes, particularly in northeastern cities such as Cleveland, Buffalo, Syracuse, Albany and Boston where two of their singles “Bend It” and “Hold Tight” gained considerable airplay and charted in the top 40 on local radio stations. another single “Zabadak” gained extensive US airplay during winter 1967-68, climbing Top 10 in several major US markets including Los Angeles, but despite pockets of radio exposure, the band never gained mass airplay in America, This is at least partially a result of both the band’s US labels, Fontana and Imperial Records, failing to secure them a US tour or TV appearances. Fontana set up just two appearances on national US TV programs .”Where the Action Is” in 1966 and “Piccadilly Palace” in 1967.

Cursed without hope was the love that I sought, Lost from the start was the duel that was fought