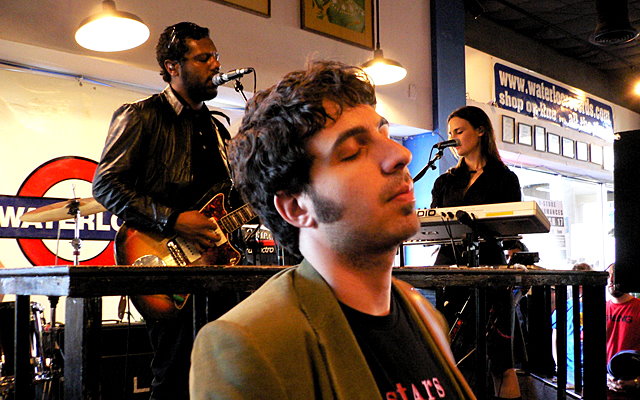 This month’s selection is from a Montreal-based band, the fifth I’ve featured here in almost 10 years of hosting (I can’t believe it’s been that long!). 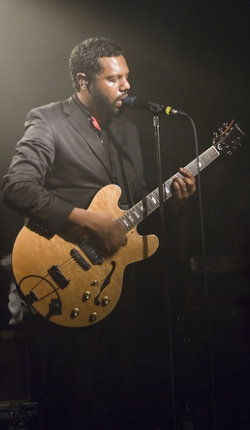 Allmusic.com describes the band as follows:
[The band], a loose collective of Montreal-area musicians formed in 1995, are led by the charismatic Murray Lightburn. Citing Serge Gainsbourg as a major influence, the band combines cabaret-style vocals with a moody, intense brand of orchestral pop/rock. Lightburn’s vision for the band is to create music out of real emotions, often giving his performances the feel of a musical therapy session. Given the level of intensity that this vision can require, it’s not surprising that [they] have endured numerous member defections, including a guitarist, drummer, and two bass players. [They] released their debut CD, End of a Hollywood Bedtime Story, on Grenadine Records in 2000. In early 2001, the band entered the studio to record the follow-up, tentatively titled Deuxième Partie, and in 2004, the critically acclaimed full-length No Cities Left was released. Lightburn and longtime keyboardist Natalia Yanchak were married the following year, and in 2006 the band released the stripped-down Gang of Losers. Missiles arrived in 2008, followed by the group’s fifth studio album, Degeneration Street, in 2011.

Today’s song is from that critically acclaimed second album. It was released as a single, but I can’t find any evidence that it charted anywhere.