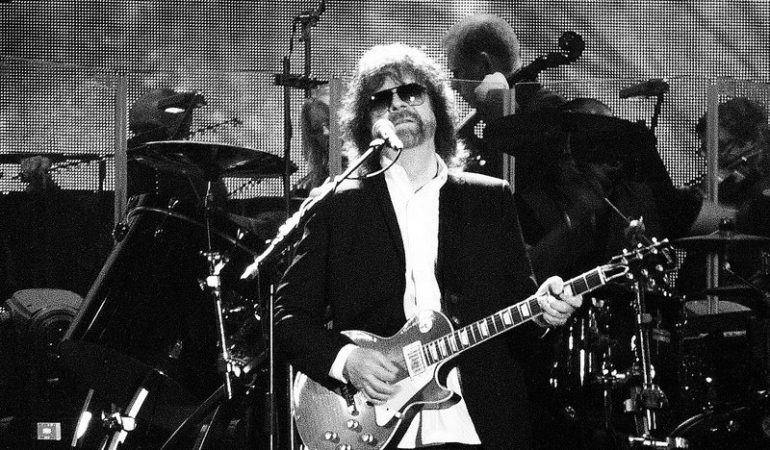 2014 seems to be the year of the Live comebacks. After Kate Bush led the way and has now started on her run of 22 concerts at The Hammersmith Odeon, today’s featured artist made a long awaited live comeback on BBC 2s Hype Park Concert series in September.

Todays choice is a four track musical suite based on the weather and how it affects mood change, ending with the eventual sunshine and happiness. This was inspired by the composer’s experience while trying to write songs for the album against torrential rain outside his Swiss Chalet. The suite opens with a haunting keyboard over a recording of real rain, recorded just outside the rented studio. Also heard at the 30 second point of the song marking the beginning of the suite is thunder crackling in an unusual manner voicing the words of the suite by the band’s keyboardist, Richard Tandy. At around the 1 minute mark the staccato strings play a morse code spelling out the band’s name. The band used the song to open their 1978 concerts.

the second part of the suite continues with the theme of the weather and reflection. Apart from its inclusion on the album, the song has never appeared on any of the band’s compilations or as a B-side until 2000, when it was included on the group’s retrospective Flashback album. The raining weather theme is continued throughout the third track though the mood and lyrics are more optimistic, whereas the last rack is an uplifting, lively song celebrating sunshine. It is the only piece from the suite to be excerpted as a single

Trivia for the harder ones amongst you:
What instructions were given out via vocoder at the end of the suite?

In the last orchestral note, the phrase “Please Turn Me O-ver” spoken through a vocoder can be heard (This bit has been misheard repeatedly as “Mr. Blue Sky, why?”, but original keyboardist Richard Tandy confirmed the actual lyric to members of the Showdown ELO fan list). (This is an instruction for owners of the original vinyl album to turn it over to listen to the following side.)