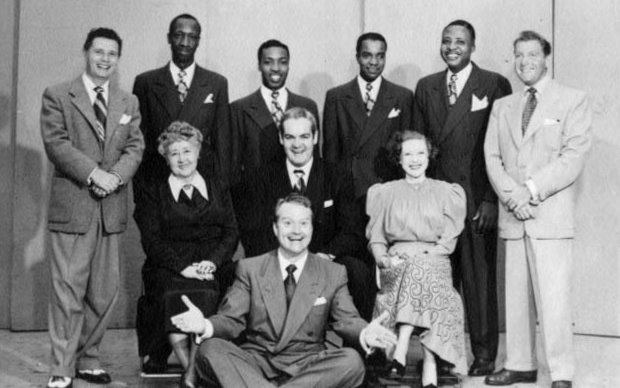 The mystery group was formed in 1943, with an original membership of Gene Alford (lead tenor), Oscar Broadway (bass), Clarence Dixon (baritone), and John Wallace (tenor, guitar). This line-up remained the same for much of the band’s career. They first sang under the name Southland Jubilee Singers, and performed gospel music as well as vocal pop and doo-wop numbers. Their first professional job came in 1944 on WSDC radio station, an NBC subsidiary based in Charlotte. Soon after they became featured performers on the program Carolina Hayride, broadcast on CBS affiliate WBT.They recorded transcription discs for Langworth Records in the middle of the decade and changed their name in 1945.

Your Mystery Lyric (in a song that was a hit for Larry Hooper) was:

No more troubles and no skies are gray-ay, Ever since you said those words to me