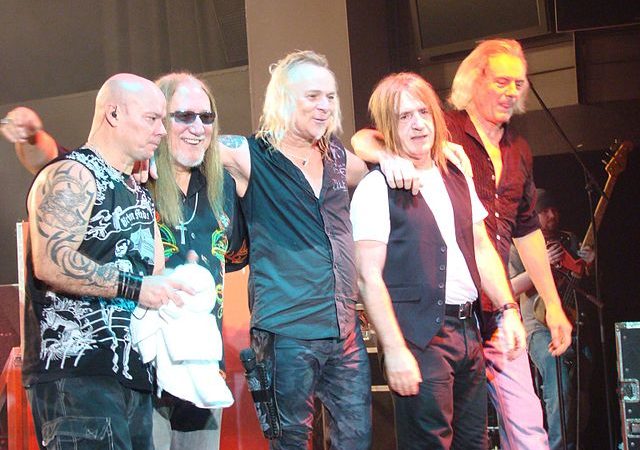 Starting a new feature today, a spin off from the Mystery Hall of Fame – Head To Head, where artists and bands of similar pedigree are featured head-to-head, and you decide which you like best!

The contestants this time around are:

Led Zeppelin
Led Zeppelin were an English rock band, active in the late 1960s and throughout the 1970s. Formed as the New Yardbirds in 1968, the band consisted (more)

Deep Purple
Deep Purple are an English rock band formed in Hertford in 1968.[1] They are considered to be among the pioneers of heavy metal and modern hard rock
(more)

Humble Pie
Humble Pie was a rock band from England, finding success both in the UK and the US. The original band lineup featured Steve Marriott from
(more)

The Anthems
Each band has an anthem for which they are famous. Which of the following songs is your favorite?

The Albums
Of course its difficult to pick out one album from all of these bands, but here are the albums to vote from. You’re welcome to discuss this point in the comment section

Best Singer
And it doesn’t get any easier. The vocalists in this poll would grace any Hall of Fame on this earth. but youhave to choose just one!

Best Guitar
Which is your favorite guitarist from the featured bands

Best Bassist
A lot of talent in the bass section. But which one is best?

Best Keyboards
Not all the featrued bands had a keyboard player in their line-up, so you have only three to choose from

Best Drums
And bringing up the rear…. the drummers!