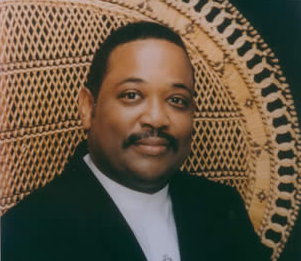 The Mystery Artist born June 3 1946 is best know for his 1970 rendition of the Mystery Song.

His specialty ranges from R&B and pop to gospel. Although born in Norfolk, Virginia, he later grew up in New York. His mother, noticing that he loved to sing, even as early as the age of two, introduced him to the piano and the guitar, where he quickly revealed a natural aptitude. His abilities, however, were confined mostly to church and family gatherings until 1956. It was then, at the age of ten, that he stepped onto the stage on Amateur Night at the Apollo Theater and showed his smooth tenor voice. His victory at the Apollo began to open many other doors for the young prodigy. Soon,he was performing at theaters on Broadway and even at Carnegie Hall. Not wanting her son to miss any opportunity, his mother was able to get him enrolled at the Victoria School of Music in Harlem. At Victoria, he learned the technical craft of music and began to blossom. In 1962, he made his first record.

When he was a teenager his family moved to Philadelphia. After graduating from high school, he attended Cheyney State University where he graduated with a degree in music. It was in the Philadelphia soul scene that he began to develop his trademark style. While still in college, he recorded his first hit record, “This Can’t Be True” (1965). Other hits began to follow: “Am I A Loser From The Start” (1966), “I Love You” (1969), “Don’t Stop Now” (1970), and “Cathy Called” (1970). After singing with the Philadelphia groups The Delfonics and The Stylistics, he finally struck personal gold in 1970 with The Mystery Song. It was a male version of the same song done by Ruby & The Romantics in 1963.