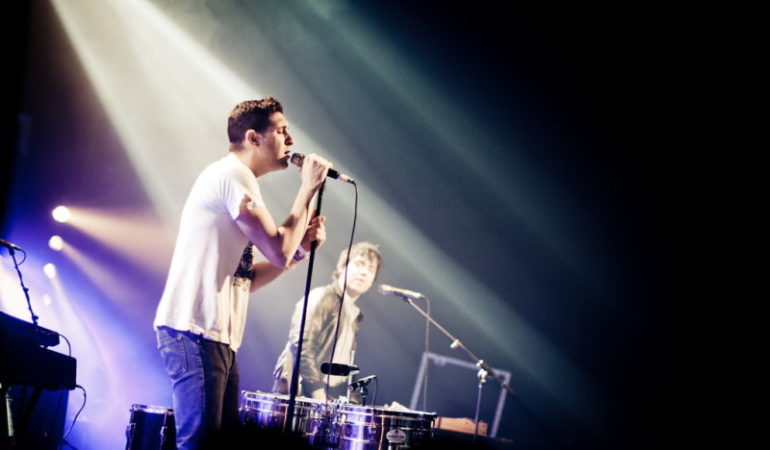 Todays group ( whose name is fitting for Halloween) is an American synthpop duo from Brooklyn, New York City,

They both grew up on the Upper West Side of New York City and attended elementary school together. They were later part of a hip hop group called Automato. Automato’s debut album was produced by James Murphy and Tim Goldsworthy of The DFA. After the release of the album, Automato “kind of fell apart”. However, our artists kept working on music. Initially it was going to be more hip hop work, but they decided to create music with vocals and poppier arrangements.

In the cut, in the heart of the darkness