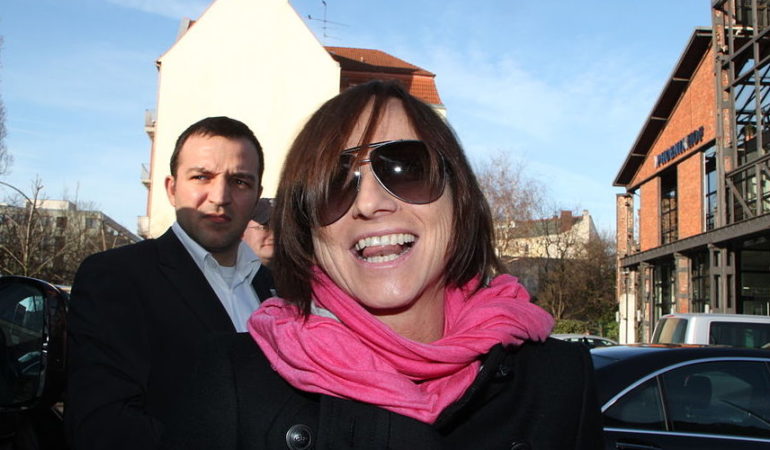 Todays Mystery Artist (born 14 June 1956) is an Italian female singer-songwriter and pop musician. She may be best known for her 1986 song “Bello e Impossibile“.

Her first hit was in 1979 with the single “America“, which became a success in several European countries. The rise to fame in Italy started in 1984 with the release of her sixth album, Puzzle. This album peaked in the top 10 at the Italian, German, Austrian and Swiss hit-parades. She sang for the videoclip “Fotoromanza” (directed by Michelangelo Antonioni), won several musical awards and started a European tour, including a participation at the Montreux Jazz Festival. In 1986, her hit “Bello e Impossibile” was a huge success and brought her more awards in Italy, Germany, Austria and Switzerland. Her 1987 compilation Maschi e Altri sold over a million copies.

In 1990, she and Edoardo Bennato sang “Un’estate italiana“, the official song of the Football World Cup 1990. In September 2006, she recorded the CD single “Ama Credi E Vai” with Andrea Bocelli. Nannini was also featured on Einstürzende Neubauten member Alexander Hacke’s solo album Sanctuary, on the track “Per Sempre Butterfly“. In 2008 she duetted with the Italien rapper Fabri Fibra in his videoclip version of the song “In Italia“. She also sang the song “Aria” with the Macedonian singer Toše Proeski.

Todays Mystery Lyrics is the title track of the album, from which her first hit “America” is taken. Although it is in her native tongue (which I for one don’t understand), it is well worth listening to…

GIANNA NANNINI – CALIFORNIA was presented by Dave on Aug 10th 2011