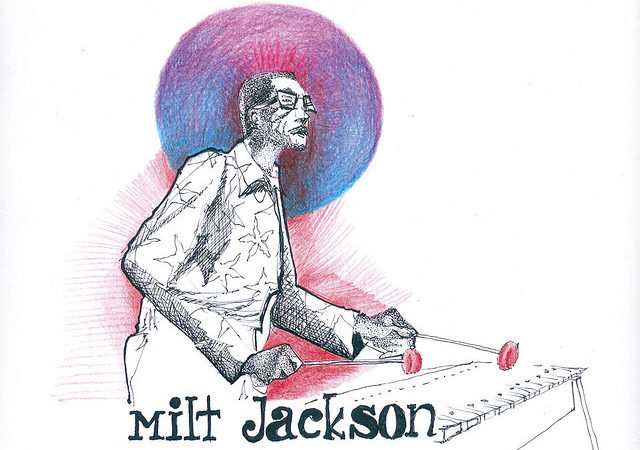 The Mystery Artist(January 1, 1923 – October 9, 1999) was an American jazz vibraphonist, usually thought of as a bebop player, although he performed in several jazz idioms. He is especially remembered for his cool swinging solos as a member of the Modern Jazz Quartet and his penchant for collaborating with several hard bop and post-bop players.

A very expressive player, he differentiated himself from other vibraphonists in his attention to variations on harmonics and rhythm. He was particularly fond of the twelve-bar blues at slow tempos. He preferred to set the vibraphone’s oscillator to a low 3.3 revolutions per second (as opposed to Lionel Hampton’s speed of 10 revolutions per second) for a more subtle vibrato. On occasion, he would also sing and play piano professionally.

He was discovered by Dizzy Gillespie, who hired him for his sextet in 1946 and also kept him for larger ensembles. He quickly acquired experience working with the most important figures in jazz of the era, including Woody Herman, Howard McGhee, Thelonious Monk, and Charlie Parker.

In the Gillespie big band, he fell into a pattern that led to the founding of the Modern Jazz Quartet: Gillespie maintained a former swing tradition of a small group within a big band, and his included our artist, pianist John Lewis, bassist Ray Brown, and drummer Kenny Clarke (considered a pioneer of the ride cymbal timekeeping that became the signature for bop and most jazz to follow) while the brass and reeds took breaks. When they decided to become a working group in their own right, around 1950, the foursome was known at first as the (our artist) Quartet, becoming the Modern Jazz Quartet in 1952.