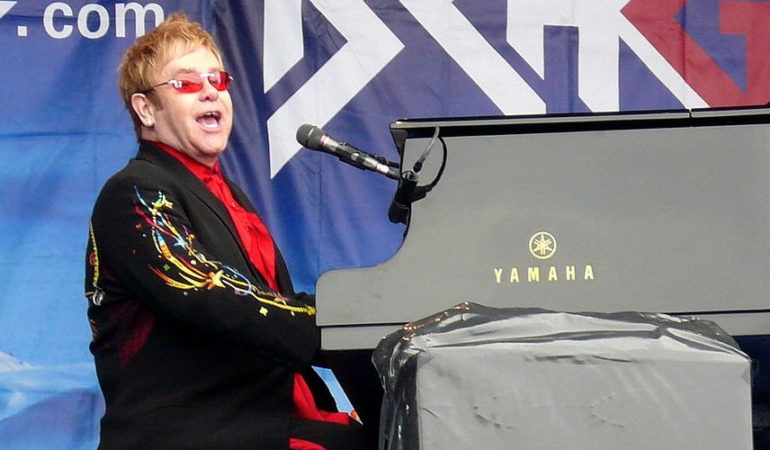 Today’s artist was born in Pinner, Middlesex, England. In his five-decade career he has sold more than 300 million records, making him one of the best-selling music artists in the world. He has more than fifty Top 40 hits, including seven consecutive No. 1 US albums, fifty-eight Billboard Top 40 singles, twenty-seven Top 10, four No. 2 and nine No. 1’s. For 31 consecutive years (1970–2000) he had at least one song in the Billboard Hot 100 and has the most No. 1 hits on US Adult Contemporary Chart (16 No. 1’s).

Today’s song (released in February of 1972) appears on his fourth album, and was initially a non-starter as a single in the US, reaching only #41 on the U.S. Billboard chart, and was not even released as a single in the UK. The song fared better in Canada, where he had much of his early commercial breakthrough success, peaking at #19. It was also a hit in Australia, peaking at #13. Eventually, the song slowly became one of his most popular songs even in the territories that initially failed to embrace it, and the full-length version is now a fixture on North American, UK and Australian adult contemporary and rock radio stations. It was ranked # 397 on the 2011 List of Rolling Stone’s 500 Greatest Songs of All Time.