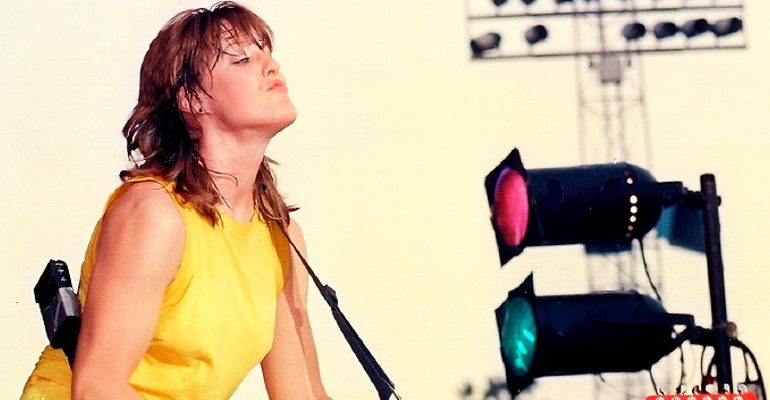 In 1985 today’s tune peaked at #8 both in the US & the UK, #4 in Australia, #3 in Canada, & #2 in Ireland. Royalties from airplay and advertisements of the tune have been extremely high. Estimates are the song has earned $1 million per year for the ten year period ending in 2010. According to a former employee of EMI, “This song was the crown jewel in EMI’s catalog,” and that it was one of EMI’s biggest earners from advertisers.

In early 1983, the fledgling band recorded at their own expense an LP of their original material designed to be sold at gigs.The LP was shopped around to various labels, but only Attic Records in Canada responded with an offer. Consequently, although they were based in England, and their first album was released only in Canada. The album garnered enough critical attention and radio play (especially for the title track which is today’s tune) to merit a Canadian tour. In 1984, the group released a follow-up album in Canada. Also in 1984, their song “Going Down to Liverpool” was covered by the Bangles, which added to their profile. With the group building a fan base with their recordings and extensive touring, major label interest began to build, and they eventually signed an international deal with Capitol Records in 1985. For the first Capitol album, the band re-recorded, remixed, or overdubbed 10 songs from their earlier Canadian releases to create their self-titled international debut album in 1985. A Grammy award nomination for “Best New Artist” followed, as did constant touring, both of which helped to spur moderate sales of new releases.