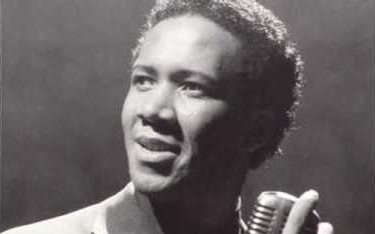 Born in Franklin, Tennessee, todays Artist # 1 made his professional vocal debut with the Paramounts, a quintet consisting of school friends.Signed to Dot Records in 1960, they recorded “Free Me” in 1961, a US R&B hit single that outsold a rival version by Johnny Preston.

After this initial success, their subsequent releases flopped, resulting in a breakup of the group. They also broke their recording contract with Dot and were prevented from recording for 4 1⁄2 years.Our artist attended Tennessee State University, where he studied chemistry and sang with the Fairlanes, a vocal trio.

In 1967, after he was seen performing with the Fairlanes in Nashville, Tennessee, he was offered a contract as a solo artist by the Rising Sons label. His first recording, The Mystery Song, written by label owners Buzz Cason and Mac Gayden, was a success, reaching number 14 on the US R&B chart and 13 on the Billboard Hot 100. This enduring song was an even bigger success in the UK the following year when a version by Love Affair reached No. 1, preventing Knight’s version from progressing further than No. 40 there.

He scored two further pop hits at home, “Blessed Are The Lonely” and “Isn’t It Lonely Together”. In 1973, he hit the UK Singles Chart again with “Love on a Mountain Top”, also written by Cason and Gayden, while the re-issued Mystery Song went even higher in the UK the following year, reaching the Top 20. His final UK chart record was “Better Get Ready For Love” which reached #53 in May 1974.

Like the sun that shines, Endlessly it shines, You always will be mine, It’s eternal love

Please rate the music, not the presentation. No registration needed, just a simple click on the number of stars you wish to give.
Disagree with my review? Then please scroll down to the comments section, where you can add your review and your rating together.