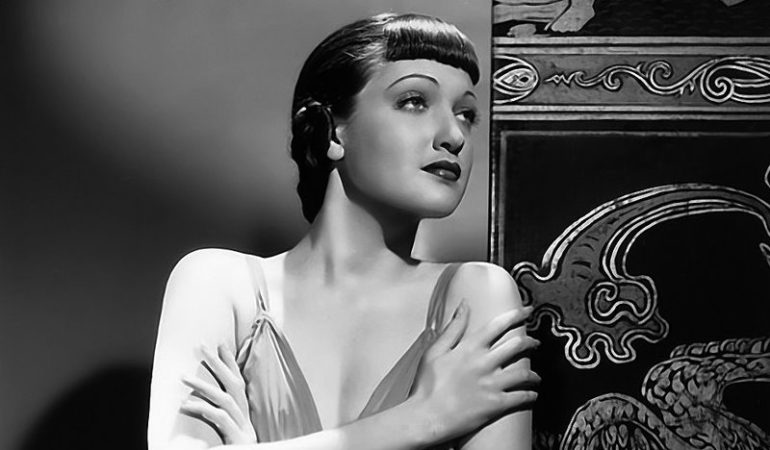 The Fleet’s In is a 1942 film starring the Mystery Artist, William Holden and Eddie Bracken. It also has large doses of Betty Hutton in her feature film debut. Jimmy Dorsey, Bob Eberly and Helen O’Connell are featured. Victor Schertzinger wrote the music and the great Johnny Mercer the lyrics. Out of it came Tangerine and the Mystery Song, now both standards.

When my life is through, and the angels ask me to recall the thrill of them all

The Mystery Artist(December 10, 1914 – September 22, 1996) was an American actress and singer. She is best remembered for appearing in the Road to… movies, a series of successful comedies starring Bing Crosby and Bob Hope.

She began her career in the 1930s as a big band singer. In 1936, she moved to Hollywood where she signed with Paramount Pictures. Her appearance as “Ulah” in The Jungle Princess (1936) brought her fame and also marked the beginning of her image as the “Sarong Queen.”

In 1940, she made her first Road to… comedy film, Road to Singapore. The Road to… films were popular during the 1940s. The sixth film in the series, Road to Bali, was released in 1952. By that time, Lamour’s screen career began to wane and she focused on stage and television work.
In the 1970s, she revived her nightclub act and, in 1980, released her autobiography My Side of the Road. She made her final onscreen appearance in 1987.

She married her second husband, William Ross Howard III, in 1943. They had two sons and remained married until Howard’s death in 1978. She died at her home in 1996 at the age of 81.