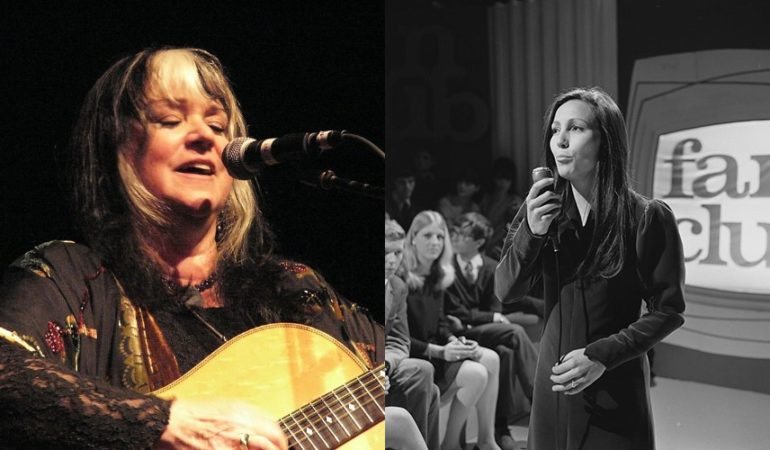 Today we have two ladies singing together a Bob Dylan song! The first one was born February 3, 1947 and is an american singer/songwriter. She is best known for her hits “Brand New Key”, “Ruby Tuesday”, “What Have They Done To My Song Ma”, and her song about performing at the 1969 Woodstock Music Festival, “Lay Down (Candles in the Rain). I think, now everybody knows her.

The second lady is an American born, British-based folk recording artist who achieved success in the late 1960s and early 1970s. She continued to perform today and releases albums on her own record label. She was featured in Mystery Lyrics with the songs Ballad 0f San Andreas and Clotho’s Web before.

Both played together a version of the famous Bob Dylan song, that is our question what is the song and who are these two women?

Both were featured before in mystery Lyrics.

The Mystery Lyrics was:

In the jingle jangle morning I’ll come followin’ you

Melanie and Julie Felix – Mr. Tambourine Man was presented by Peter on May 3rd 2014