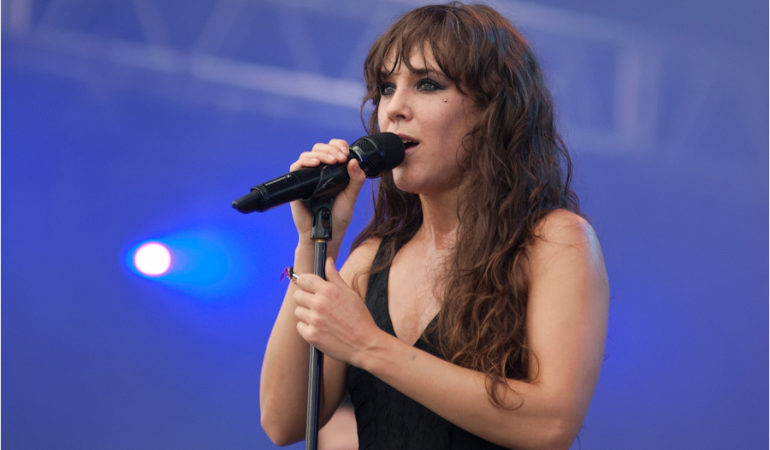 Over the next few weeks I will be presenting my favorite contemporary female artists.

As self-professed Oldies we tend to get stuck in a rut and ignore the fact that even in the twenty-first century there is still lots of good music around. Music that we tend not to hear, as it is not radio compatible. And if we don’t hear it by coincidence on portals like YouTube or Spotify, then chances are, we never will.

One such artist is Zaz. In France she is known as the Grande Dame des Nouvelles-Chansons, which is a bit of a misleading title, as far as I am concerned anyway. Grande Dame – according to the Marriam Webster dictionary – is a usually elderly woman of great prestige or ability: In the case of Zaz nothing could be further than the truth as far as her age is concerned. She is a mere 35 years old. And her music certainly has nothing to do with the type of music that one might imagine comes from an elderly woman.

Her music is also not strictly chanson, it has strong jazz influences but with high spontaniety and a fresh sound. She has released three studio albums, which all stormed the charts in continental Europe. The latter “Paris” being a collection of jazz standards around her beloved city Paris. Her two Live albums have been surprisingly less successful.

The featured video “On Ira” is from her second album of the same name, which reached the top three in the album charts in Switzerland, France, Germany and Belgium.

The more I hear of ZAZ, the more I love her music. The tragedy is, I imagine she is hardly known in the UK und the USA, due to her singing in her native French language. But she is really worth listening to, do yourselves a favour!! Let me know what you think below in the comments section.