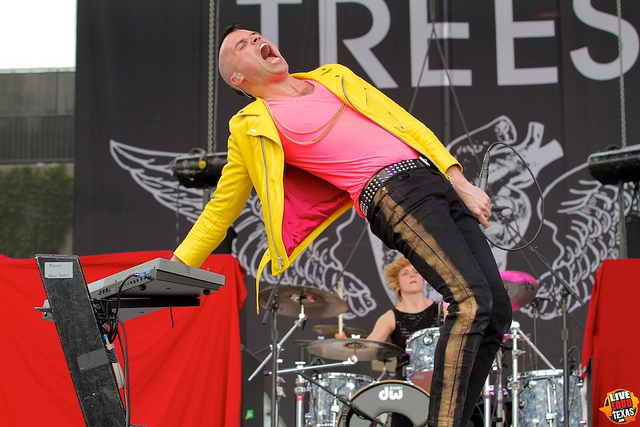 This Mystery band from Provo, UT made their presence known nationally, when they opened several tour dates for the Killers, in 2008. It happened after The Killers’ drummer, Ronnie Vannucci Jr, went to watch the band play at a small club in Las Vegas, as he had been in a Ska band called “Attaboy Skip” with todays bands bassist.

Our band of the day was also voted 2009’s Band of the Year by Salt Lake City’s City Weekly. Not long after, they were signed to Mercury Records, and their first single was released in 2010, climbing to # 13 on the Billboard Hot 100, and # 1 on the Alternative Rock Chart. The band “kicked off the 2010s with smart, catchy pop that blended new wave, dance, and indie with mainstream-friendly hooks.”

I actually heard this song in a commercial a few years back, and sought it out. As soon as I heard the whole song, it became one of my favorite “feel good” songs. Their sound reminds me a little of the 80’s punk/new wave that I grew up with. Their lead singer was quoted, saying “I love the fact that a 40-year-old soccer mom can be as passionate about our music as a 15-year-old Goth kid”.