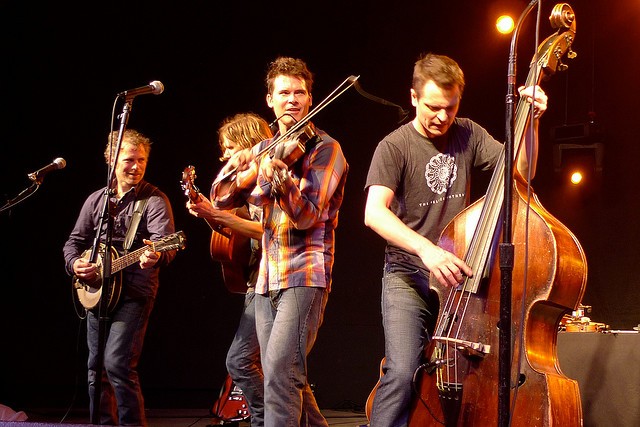 I had another song chosen for my first send, but then this played on my playlist, and I thought BINGO! Perfect song for Mystery Lyrics…

Not only is todays “old timey” String band a frequent guest on the radio show “A Prairie Home Companion”, but they were formally inducted into the Grand ole Opry, September 17, 2013.

Discovered by Folk/Country legend, Doc Watson, in Boone, North Carolina, the bands “front man” is heavily influence by Bob Dylan and even shares a co-author/co-copyright with Dylan on their most recognized song – that song was nominated Song of the Year for the 47th Annual Country Music Association Awards Single of the Year. They moved to Nashville in 2000 and were mentored and embraced by Marty Stuart and the whole of the Grand OIe Opry community.

They’ve already been a heavy influence on many current Bluegrass & folk bands. Todays song is from their album released in February, 2004.

Old Crow Medicine Show – We’re All In This Together was presented by Mary Ruth on 24th July 2014
photo credit: ashpags via photopin cc