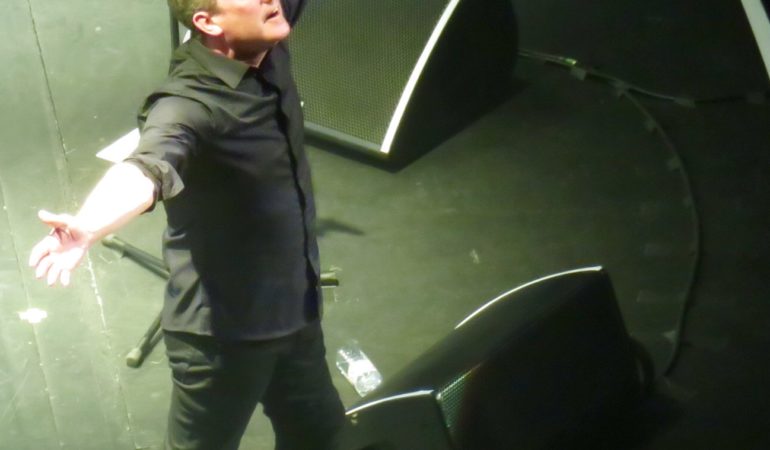 Well, it was the day of the Wows !! And these three Wows illustrate the beauty and diversity of the Mystery Lyrics group of players. WTG to you all!!

From “Wow, this is obscure” (Krissy), through “Wow, I haven’t heard this for ages” (Shar) to “Wow, the second time in 24 hours” (Lurkyfoot), we have all possible sentiments represented by you all…

Maid of Orleans (Krissy) was a huge hit in Europe, especially in Germany, where it is still played regularly on the radio. And leaving aside the discussion on whether Joan of Arc did in fact exist, it really is a fine song. Interesting to hear, btw, that the mellotron was still being used in pop-music right into the 80s

And the band, obviously prepared for the different ways their name was going to be spelt, shortened their name to OMD (not to be confused with OMG… lol)

Her dream’s to give her heart away, like an orphan on a wave

Today we are looking for an English band formed in Wirral, Merseyside in 1978. Spawned by earlier group The Id, the outfit was founded by Andy McCluskey (vocals, bass guitar) and Paul Humphreys (keyboards, vocals); amid rotating line-ups, Martin Cooper (various instruments) and Malcolm Holmes (drums) are the longest-serving additional members. They released their influential debut single, “Electricity”, in 1979, and gained popularity throughout Europe with the 1980 anti-war song “Enola Gay”.

Todays Mystery song is about a well known French heroine and reached the Top 5 of the UK Singles Chart—although this single was more successful internationally, topping the charts in several countries including Germany, where it was the biggest-selling single of 1982. It also reached number 5 in Ireland and number 7 in New Zealand

Wow, obscure one (to me, anyway, some may have a broader range than I). OMD, Maid of Orleans.

It had originally been written by Andy McCluskey on 30 May 1981, the 550th anniversary of the heroine’s death. The song is in 6/8 time, giving it a waltz-like style. The main theme is a synthesized bagpipe tune (played on the Mellotron — consisting of the “female choir” and the “3-Violins” presets).

Wow, second time I’ve heard their name in the past 24 hours,