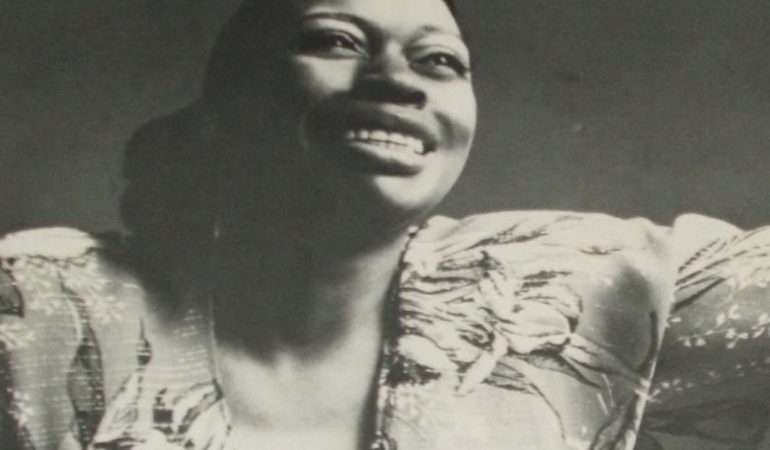 The Mystery Artist (December 23, 1935 – August 7, 1984 was an American singer. She was known for her R&B vocals, but she was a versatile singer, also performing pop, country, jazz, blues and soul music.

A mature singer at the age of 14, she won the amateur talent contest in 1949 at the Barrelhouse Club owned by Johnny Otis. Otis was so impressed that he recorded her for Modern Records and added her to his traveling revue, the California Rhythm and Blues Caravan

Her first hit record was “Double Crossing Blues”, recorded in 1950 for Savoy Records. After several hit records with Savoy, including her duet with Mel Walker on “Mistrusting Blues”, which went to number one that year, as did “Cupid Boogie”. Other records that made it onto the U.S. Billboard R&B chart in 1950 include “Misery” (number 9), “Deceivin’ Blues” (number 4), “Wedding Boogie” (number 6), and “Faraway Blues” (number 6). Few female artists, R&B or otherwise, had ever enjoyed such success in their debut year.She left Otis and the Savoy label at the end of 1950 and signed with Federal Records.

But just as quickly as the hits had started, they stopped. Although she recorded more than thirty sides for Federal, only one, “Ring-a-Ding-Doo”, charted; the song made it to number 8 in 1952. Not working with Otis was part of her problem; the other part was her drug usage. By the middle of the decade she was chronically addicted to drugs.

In 1954, she returned to Houston to live with her father to recuperate. Short on money, she worked in small nightclubs around the South, punctuated by periodic hospital stays in Lexington, Kentucky, stemming from her addiction. In 1962, Kenny Rogers re-discovered her while singing at a Houston club and got her signed to his brother Leland’s Lenox label.

She ultimately got well enough to launch a comeback in 1962.She recorded a country tune, “Release Me,” with producer Bob Gans. This went to number 1 R&B and number 8 on the pop listings. After several other minor R&B hits on Lenox, she was signed by Atlantic Records. Her cover of The Beatles’ song (our Mystery number) nearly made the R&B Top Ten in 1965 and the Beatles flew her to the UK for her first overseas performances.

Bright are the stars that shine, dark is the sky. I know this love of mine will never die