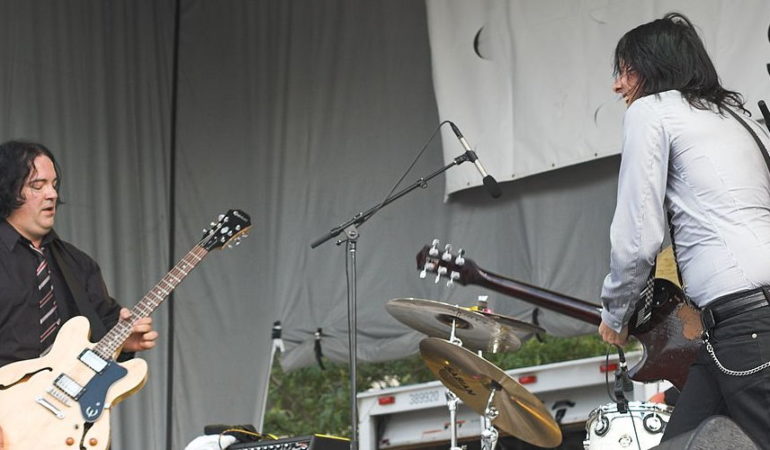 According to AllMusic.com, today’s band

“were one of the most popular power pop bands of the ’90s; along with other revivalists like Matthew Sweet and Teenage Fanclub, they helped update the classic power pop sound for the alternative age, marrying bright, British Invasion-style melodies and harmonies to loud, grungy guitars and quirky lyrics. The [band] were centered around the partnership of guitarists/vocalists/songwriters Jonathan Auer and Ken Stringfellow, who began recording songs together in Auer’s Bellingham, WA, home in 1988.”

Today’s song, which reached #4 on the Modern Rock Tracks chart and #17 on the Mainstream Rock chart in 1993, is from their second major-label release. AllMusic’s review of the album says

“One could argue that the big guitar attack of [the album] was simply the [band’s] way of trying to cash in on the grunge sweepstakes that briefly turned their hometown of Seattle into the center of the rock universe. But one listen also reveals that it transformed a smart but overly precious pop outfit into a hard-charging power pop band that gained a wealth of strength without giving up any of their smarts in the process — not a bad bargain.”

The Mystery Lyric is:

“I dreamt I was awake. My mouth was colored grey.”

Todays Mystery Lyrics was presented on March 22nd 2014 by Andy