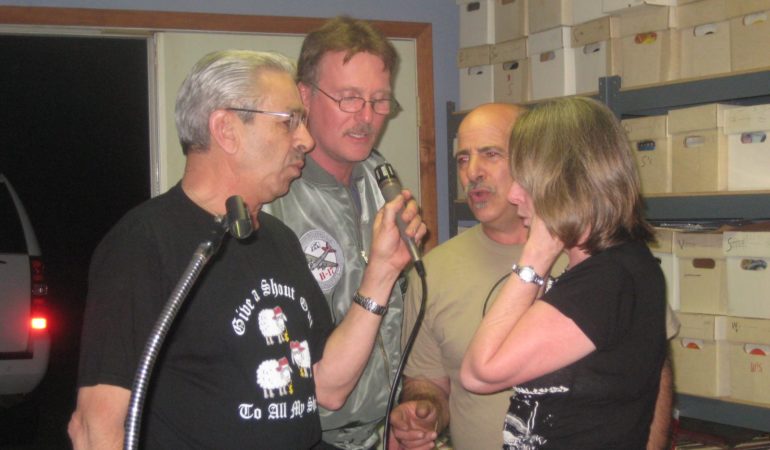 Early on ERIC (EMGRUBE1970) and I had a conversation about the project and ERIC thought it would be a good idea for a so-called NEWBIE to put in a preface. I thought it was a terrific idea and here it is. GOHAWKSGO

In September 2003, I made the call. (RVB thinks he is the only one!!!)Who knew such a simple question could change someone’s life so much for the better in so many ways? Not me. AOL was just an internet connection to me that I was familiar with. It was easy (I thought!!) and I knew how to navigate the internet with it. Plus I liked the email system….seemed more personal than Yahoo! little did I know I had no idea of what was to happen next.

Preface to the Preface

As a rock music fan, I was looking for online conversation about my favorite acts. One day, “whilst” on vacation, I posted a letter to the Rolling Stones Yahoo message board about the top ten obscure stones songs that people should know but don’t (or something like that).
Within hours a roomie instant messaged me, to talk about the Stones. A lovely lady known affectionately as GlimmerTwins from Philadelphia, who was looking for someone to intelligently talk about her favorite band, was on the other end. Little did I know that instant message was gonna change my life.
We chatted for a few weeks before I was invited into the Tuesday night Legends room, and to listen to the legends web cast. This is where I met my first group of “roomie’s” en masse. The first night, TJBeatlesFan was amazed at my connection speed, commenting I could hear the song before he played them. (I think he was just tired of giving me wtg’s for naming the songs after two notes!) After a few weeks, I started to come out of my newbie roomie shell, and take up in the conversation other than the music trivia. Little did I know there was more to this room than just listening to music on Tuesday nights.

Then one night after the legends room had broken up for the evening, I was begged to go across the hall to the oldies room. I thought public chat rooms were for crazy people….and boy I was right!!! I had a blast in the oldies room….trivia flying around, general conversation, lofting…the whole nine yards. This is when I realized this thing was big and beautiful and crazy. Within days my chatters subcategory on my buddy list grew from about 10 to over 50! Little did I know this was still just the beginning.
In this newfound world, I found out there were gatherings where these lovely people meet and have a great time. The first one I was invited to was Hugyfest 2004. I could not attend this fest but remember how left out I felt when they talked about it. This is when I felt like a roomie for the first time, because I missed out on something great. That’s when I made a vow to myself I was going to Hugyfest 2005! Little did I know something new was on the horizon.

The following year something happened… a new fest!! The first Texfest was taking place in Dallas at the end of March 2005. This was the first time I was gonna meet the “fonts”. (Hee Hee) Little did I know what was gonna happen next.
At Texfest 2005, I was so overwhelmed by meeting my friends for the first time; much of it seems a blur…or was that the alcohol? I couldn’t wait for Hugyfest 2005.The first thing I did when I got home to Florida, was to make my reservations for Hugy’s. I did the same thing for Roc’s BBQ after Hugy’s. I went to three fests in 5 months, and had a blast at all three. I have enough stories to last a lifetime from just those three fests. Which were only a total of ten days spent with roomies! Little did I know what is gonna happen next.