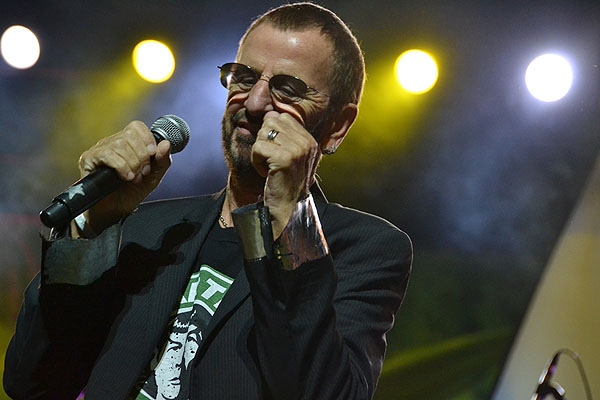 Ringo Starr Has Scrapped A Second Show On His Current North American Tour Due To Illness.

The former Beatles star’s concert in San Francisco, California on Friday night (13Mar15) will now be rescheduled for 1 October (15).
Starr also cancelled a show at the Chumash Casino in Santa Ynez, California on Thursday (12Mar15).

Announcing the sad news, his publicist released a statement which read: “Ringo Starr and His All Starr band are currently on tour, and tonight were to appear at the Chumash Casino in Santa Ynez. Unfortunately, due to illness, Ringo regrets he has to cancel this show. While he hopes to be able to reschedule the date sometime in the future, no date has been set and ticket holders will be refunded.”

Read the rest of this press release here

Kiss Rocker Paul Stanley Has Visited A Young Fan In Hospital After Learning The Girl Had Undergone Reconstructive Surgery On Her Ears, Similar To A Procedure He Had When He Turned 30.
Read the rest of this press release here