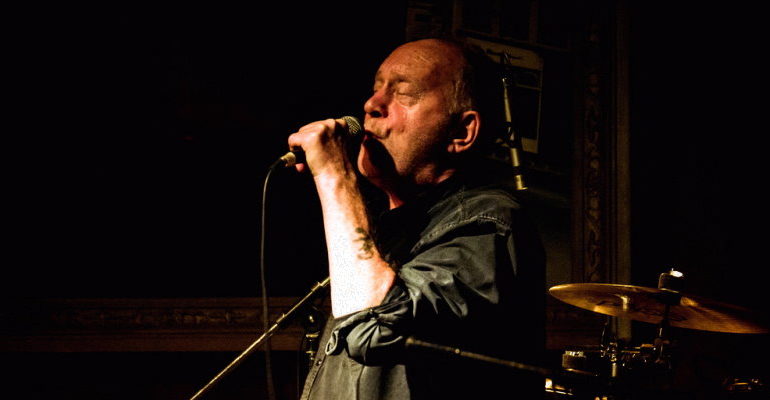 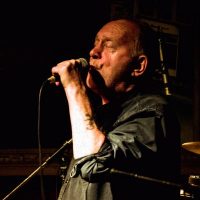 I like to think back to a time a couple of decades ago, when Video Rental Stores started lending out CDs when they were a relatively new feature on the music market. One of the many I borrowed and recorded on my cassette recorder was todays choice, an excellent album, but in the between time extremely rare. I have seen offers on Amazon asking for up to 200 Euros for a mint CD.

Roger Chapman and The Short List Live 2015 in Hannover

where would we bloggers be if we didn’t have the photographer who is willing to share his work under a creative common license? If you like these pics, please visit the photographer Martin Knaack on his Flickr Page.

Roger Chapman, (born 8 April 1942 in Leicester), is an English rock vocalist. He is best known as lead singer of the progressive rock band Family, which he joined along with Charlie Whitney, in 1966 and also the rock, R&B band Streetwalkers formed in 1974. His idiosyncratic brand of showmanship when performing and vocal vibrato led him to become a cult figure on the British rock scene. He is claimed to have said that he was trying to sing like both Little Richard and his idol Ray Charles. Since the early 1980s he has spent much of his time in Germany and has made occasional appearances there and elsewhere.
He was awarded an Artist of the Year award in 1980 for his vocals on Mike Oldfield’s song “Shadow on the wall”. In 2004 he was awarded a Lifetime Achievement Award (Wikipedia)

Todays Mystery song was from the 1986 album of the same name and your lyrics were:

She came out of Norway, the colour of ice, A born again Christian, with stars in her eyes

The song was Zipper, as recognised by 8 players of Mystery Lyrics. You can listen to the song via the video below..