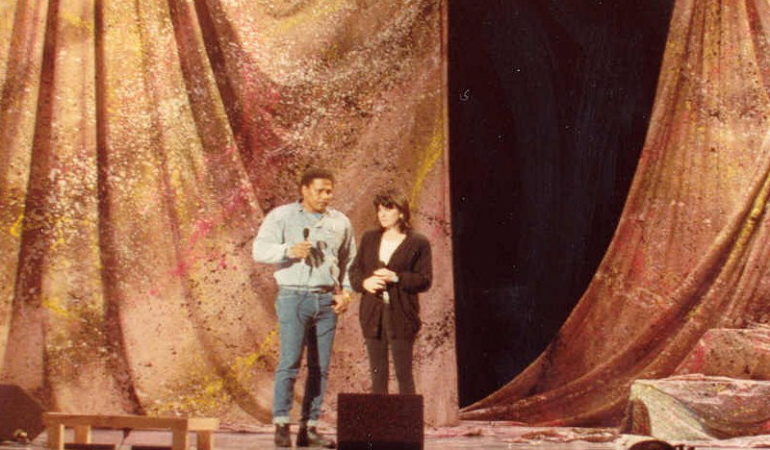 Today’s artist observed her 68th birthday on Tuesday. She was always one of my favorites. She has earned 11 Grammy Awards, two Academy of Country Music awards, an Emmy Award, anALMA Award, and numerous United States and internationally certified gold, platinum and multi-platinum albums. She has also earned nominations for a Tony Award and a Golden Globe award.

In total, she has released over 30 studio albums and 15 compilation or greatest hitsalbums. She charted 38 Billboard Hot 100 singles, with 21 reaching the top 40, ten in the top ten, three at #2 and one at #1.

Sadly, she is now retired and no longer sings after being diagnosed with Parkinson’s Disease.

Today’s song is off her triple platinum album Cry Like A Rainstorm, Howl Like The Wind. It was written by Barry Mann, Cynthia Weil and Tom Snow. It is a duet with one of the great male voices of our time. It reached number 2 on the Billboard top 40 and number one on the Adult Contemporary and Pop charts. It is one of my top ten favorite duets of all-time.