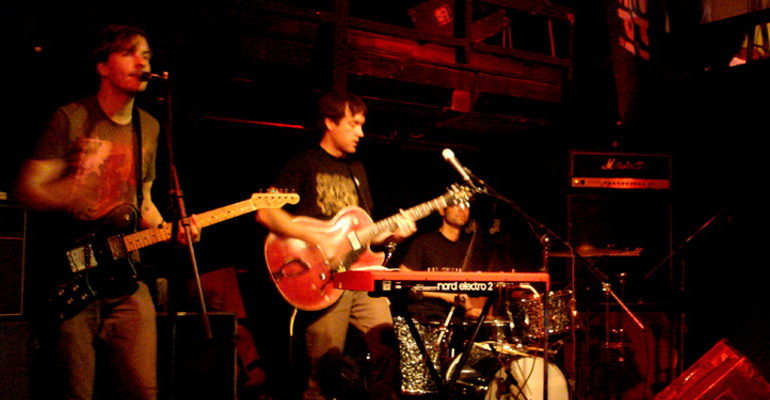 Today’s band didn’t exist when they recorded their first album. Seriously, their record label only released albums by bands that didn’t exist. Songwriter Fred Thomas recorded 9 songs in his Ann Arbor basement in 2000, with the help of various singers and musicians. It was released on a limited edition vinyl LP that year, and on CD (still in very small numbers) two years later.

In the fall of 2002, the emo band Saves The Day happened to hear the CD and was impressed enough to ask Thomas to form a band to be their opening act on a national tour. That led to a new record deal, new fans and frequent touring.

The band’s sound is influenced by Phil Spector, Brian Wilson, The Zombies and Motown. They have been compared to Belle & Sebastian and The Left Banke, among others. Over the course of 8 albums, Thomas has been the only constant member.

Today’s song is “the charming opening track” from the band’s 2003 release. That album includes some vocals by Ko Melina, one of the DJs on Sirius/XM’s Underground Garage.

The song is “Since You Stole My Heart” by Saturday Looks Good To Me, presented on 26th April 2014 by Andy