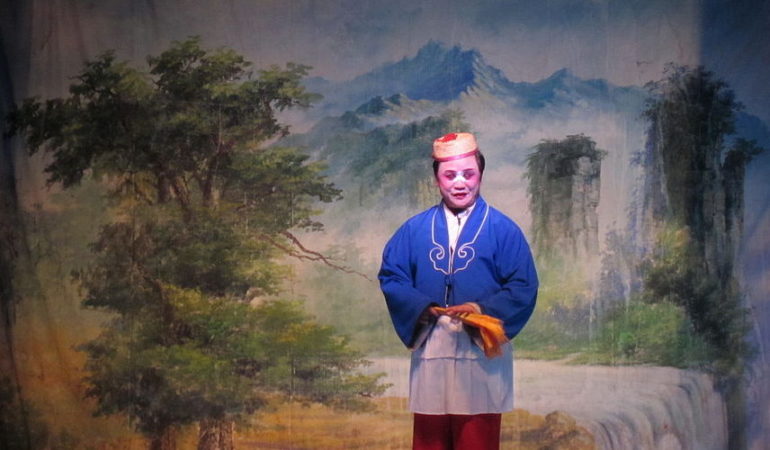 There were some days when my mother would sing today’s song in the car – none of us kids knew where the song came from, but we loved it, and we used to beg my mom to sing it to us. It brings back many good memories.

Today’s artist was a Japanese American actor. He is best known for his role as Detective Nick Yemana on the television sitcom Barney Miller.

He was born Goro Suzuki on a ship traveling from Japan to the United States in 1917. He lived in Oakland, California, and was caught up in the Japanese Amerian internment during World WarII and sent to Topaz War Relocation Center in Utah. Fellow internees recalled him as a “camp favorite” entertainer, singing at dances and numerous events.

His career as an entertainer began in earnest at the end of the war, first as a stand-up nightclub performer primarily in the Midwestern United States. During his years playing the nightclub circuit, he met and became friends with future Barney Miller producer Danny Arnold, who was also a performer at the time.

He finally earned his big break in 1958 when he was cast in theBroadway musical hit Flower Drum Song in the role of the show M.C. and comedian Frankie Wing (“Gliding through my memoree”). He was working in San Francisco in the Forbidden City nightclub, which was portrayed in the musical and movie. He was offered the chance to go to Broadway on the condition that he change his name to something Chinese, as Flower Drum Song is set in San Francisco’s Chinatown. At that time he adopted the surname that he had used to leave the internment camp at Topaz, He switched to the Sammy Fong role (Chinatown’s ‘Nathan Detroit”) during the run and played the role in 1961, when the film version of the musical was made.

In 1964, he played an important weekly supporting role as a poker-playing con artist in Valentine’s Day, a one-season comedy television series starring Tony Franciosa. During the next decade, he would appear in films such as The Green Berets as an ARVN (Army of the Republic of Vietnam) Colonel and the 1967 musical Toroughly Modrn Millie, as well as making guest appearances on TV shows such as Hawaii Five-O, The Odd Couple, and two episodes of M*A*S*H*.

He joined Motown Records in 1965 as one of their first non-African American artists. During his time there, he recorded a slow ballad version of “For Once in My Life” as the first male singer to do so. The record was never released and was shelved in the Motown archives. The song was soon after made famous by Stevie Wonder.

He was cast in his most memorable role in 1975 on the ABC sitcom Barney Miller as the laid-back, but very wry, Detective Nick Yemana, who was responsible for making the dreadful coffee the entire precinct had the misfortune to drink every day.

He refused to play roles that were demeaning to Asian Americans and often spoke out against negative ethnic portrayals.

The Mystery Lyrics were:

I can absolutely guarantee I will never fail to disappoint you