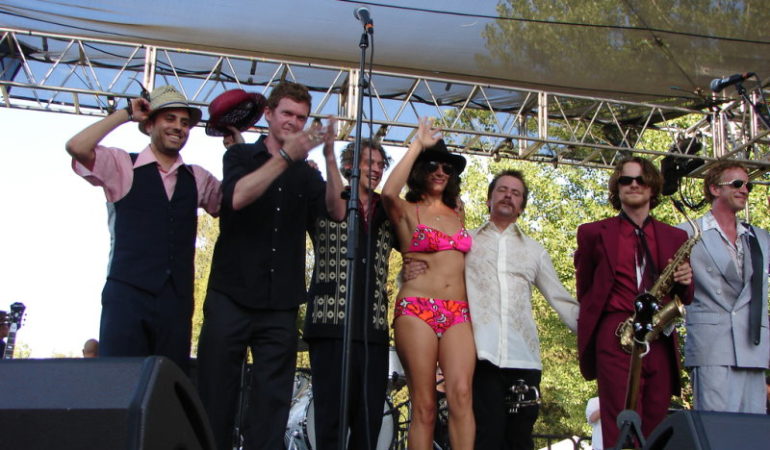 While the band’s eclectic fusion of Delta blues, gypsy jazz, 1930s-era swing, klezmer, and other styles makes them hard to categorize; their unique music found a niche in the late 1990s, when the band met with national recognition and commercial success, sometimes associated with the Swing Revival of the same period. They found their greatest success with the 1996 single “Hell”, penned by Tom Maxwell.

After a hiatus of several years, the original band members reunited and took to the stage again in 2007, playing select dates around the United States and Canada through 2008.

In late February 2009, Chris Phillips sent out an e-mail announcing a forthcoming live album called You Are My Radio, recorded in Brooklyn in December 2008. The e-mail included a link to a free download. The album title was later changed and was released on October 27 through Southern Broadcasting/MRI. They also announced their plans for a new studio album in 2010. The band taped a new performance for NPR’s Mountain Stage, which aired in mid-November.

Well, grab your drink and clear a space