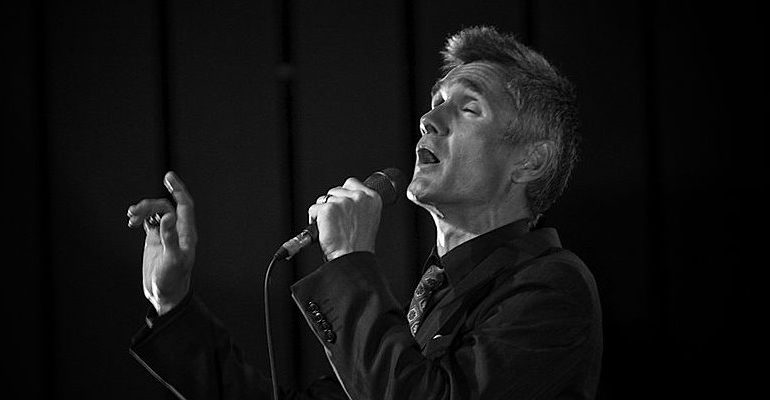 The Mystery Artist (born October 18, 1965) is an American jazz vocalist, saxophonist, guitarist, and songwriter. He achieved a number of hits in the early 1990s, most notably international 1991 hit, (The Mystery Song)”, which reached No. 5 in the UK and No. 9 in the US.

He was born in Boise, Idaho, and started his music career as a teenager, playing in jazz, rock and blues groups, as well as receiving formal training in clarinet and saxophone at high school in Boise. He acquired much of his inspiration and encouragement for pursuing jazz from jam sessions led by Gene Harris at the Idanha Hotel. His song “Swingin’ Down at Tenth and Main” is a tribute to those times with Harris. After graduation, he moved to New York to pursue rock music but soon found himself playing and singing in a jazz trio. He was signed to a recording contract by Arista Records and released two albums for the label: a self-titled, multi-platinum debut in 1991, and Time Was in 1995. His smooth, blend of soul and rock translated into commercial appeal, ensuring his continued popularity. In addition, he moonlighted as a jazz vocalist, performing and recording with artists such as Gene Harris, Elton John, Eric Clapton, Prince, Bonnie Raitt, Rod Stewart, The Allman Brothers Band and Joe Cocker. He sang a duet with Julia Fordham on her re-recording of Where Does The Time Go?

According to Will Birch’s book on pub rock, No Sleep Till Canvey Island, the royalties from his version of the song, “(What’s So Funny ‘Bout) Peace, Love, and Understanding”, made songwriter Nick Lowe independently wealthy. That version appeared on the soundtrack album for the film The Bodyguard, which sold 17 million copies in the United States alone.

He also appears on the Dawson’s Creek soundtracks. In his solo career, he has popularized tunes such as The Mystery Song in 1991 and “You’re All That Matters to Me”, which reached No. 6 as the follow-up single in the UK. In 2006, he participated in the BBC Television show Just the Two of Us, where he sang with journalist Penny Smith. He was one of the soloists at a concert celebrating the MGM musical, during the 2009 Proms season. His song “This Life” is used as the intro for the American show Sons of Anarchy. He also covered “John the Revelator” for the Sons of Anarchy’s season 1 finale.

Since 2001, he started a new career as a jazz singer, with positive critics. He is known for jazzy versions of pop songs, as well as performing and recording jazz standards, and composes new songs too.

Love is an anger that builds up inside, as the tears of frustration roll down my face