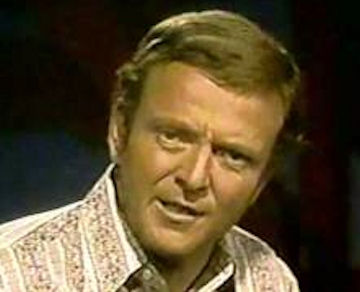 First off from here on in I won’t be able to tell if a song or artist has been used before if they weren’t already on the list I have as being used before. I cannot access our archives from my home computer because of the dial up thing so please forgive any repeats I may use.

Todays artist (June 11, 1936 – October 5, 1981) was an American singer, songwriter and comedian. From Jamestown, New York, he was raised in Buffalo, New York, where as a small boy his showmanship became evident. After he learned to play the banjo, he began entertaining locals and went on to wide recognition after appearances on national television network shows such as Rowan & Martin’s Laugh-In and The Tonight Show Starring Johnny Carson. Although much of his material was humorous, his most popular song was not and is not todays song. Todays humorous song made it into the country music charts and has these lyrics.

“She’s got cockatoos and bobolinks, In royal blue and dusty pinks,”