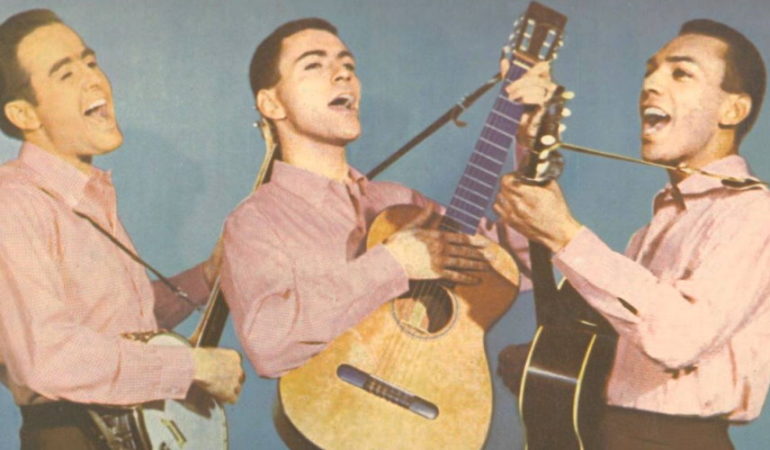 The Mystery Artists were an American vocal group, specializing in folk music and folk-flavored popular music. Named after a folk song and founded in 1956 by Erik Darling, Alan Arkin, and Bob Carey, the group had two hit songs during 1956-57: “Cindy, Oh Cindy” (with Vince Martin) and the Mystery Song. The two singles became US Top Ten hits and peaked at #26 and #15 respectively in the UK Singles Chart.

Shortly after appearing in the 1957 low-budget musical Calypso Heat Wave, in which they lip-synched to the Mystery Song and “Choucoune”, Arkin left the group to pursue acting and was replaced by Clarence Cooper. In 1959, Darling departed to join The Weavers; he was replaced by banjoist/singer Eric Weissberg, later of “Dueling Banjos” fame. In 1962, Weissberg’s college friend Marshall Brickman joined, making the group a quartet, until Carey departed in late 1963 to pursue a solo career. When Brickman left to join John Phillips in The New Journeymen, Al Dana replaced him. With the decline in popularity of folk music in the wake of the British Invasion, they disbanded in 1965.