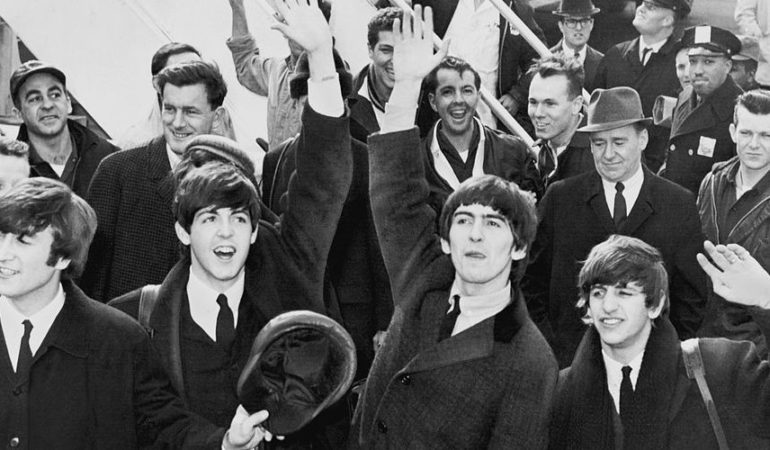 When today’s song as a single was released in the United Kingdom on 30 May 1969; the subjects were performing a second Bed-In at the Queen Elizabeth Hotel in Montreal. The United States release followed a few days later on 4 June.

The song was recorded by two members of the band while two were absent – one was “on holiday” and the other was acting in a film. In the UK and Europe, it was the first of the band’s singles to be released in stereo. It was therefore the first release not given a mono mix. The song has been included on several compilation albums.

An uncredited 20-second sample of the song is used in the title track of Timothy Leary’s 1970 album You Can Be Anyone This Time Around.

The last drumbeat is louder on the single releases than the albums.

Several US radio stations declined to broadcast the song because of what they saw as sacrilegious use of the words Christ and crucify in the chorus. The song never appeared on the surveys of either WLS in Chicago nor WABC in New York, two of the largest Top 40 stations in the U.S. The song was ranked as the 404th best song of all time by Q104.3

The Spanish government under Franco objected to the song as the status of Gibraltar is a long-running subject of debate between Spain and the United Kingdom. The single became the band’s 17th and final UK number one; it reached number eight in the US.

Your Mystery Lyrics was:

You can get married in Gibralter, near Spain

Todays Mystery Lyrics was presented on March 23rd 2014 by Diana