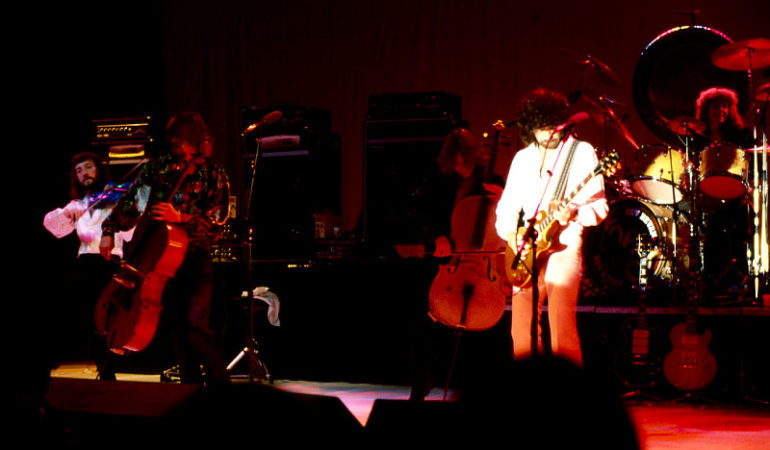 I have always maintained that a band that is successful over a large period of time has to adapt to be able to achieve continuing success. In some cases I feel (although this a personal sentiment obviously) that quite a few of them have sold their souls in the process.

The new series “The Chameleons” takes a look at some of these bands whose music has changed considerably over the years, some for good, some for worse (this is for you to decide) and asks you to identify which of the featured songs you lie best… to get the most out of this series, you will either need to know all the songs in question, or, in order to listen to them all on this site, have a Spotify account.

Today we start with the Electric Light Orchestra, who sounded very much different when they started in 1970 (still with Roy Wood in their ranks) as opposed to later in the 80s, where Jeff Lynne released his first concept album “Time” with the band.

From the beginning the concept of ELO was to mix rock and classic, even in the early stages there was heavy use of the cello. The first single “10538 Overture” was typical of the sound in those early days. After Wood departed to found “Wizard” Jeff Lynne took control of the direction the band were to go. In 1973 “Roll Over Beethoven” was released, an elaborate reworking of the Chuck Berry song.

By the middle of the seventies though the sound had changed rather dramatically, moving away from the progressive sound of the early days to a more pop-rock sound with lavish string arrangements. Two typical songs from this era being “Rockaria” from “A New World Record” and “Mr.Blue Skies” from the multi platinum, chart topping album “Out of The Blue”, which was probably the commercial highlight of the band’s career.

After “Out of The Blue” however Lynne became increasingly bored with the lush violin arrangements and scrapped them altogether, utilising more and more the synthesiser in his works. In 1979 “Discovery” was released (Disco? Very! to the fans) which did move in this direction to a certain extent, as was illustrated by the song “Don’t Bring Me Down“. By the end of the 70s ELO was one of the most successful acts in the UK.

The futuristic “Time” was released in 1981, containing the single “Twilight” featuring heavy use of the synthesiser. It did though stylistically move away from its more disco orientated predecessor. Another album was released, but after that the band more or less fell apart, one attempt at reforming in 1985 resulted in a largely ignored album “Balance of Power” (released in 1986), but it was obvious that the heyday of ELO had passed.

Your choice:
Which period of ELO’s career did you enjoy the most. Choose two of your favorite songs from the list below to highlight your opinion. I am also interested in any comments you have on this theme

The header pic is licensed under the Creative Commons Attribution-Share Alike 3.0 Unported license.